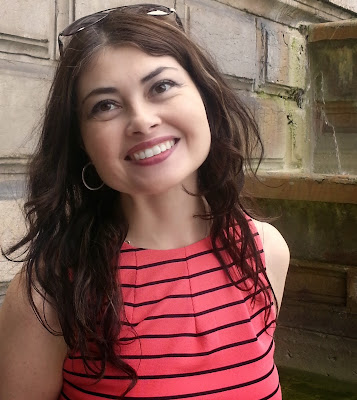 Heidi Ruby Miller - photo by Jason Jack Miller
For more publicity photos that you are free to use with an attribution, please scroll to the bottom.

Heidi Ruby Miller is a travel writer turned novelist. She uses research for her stories as an excuse to roam the globe. Her books include the popular AMBASADORA series (Dog Star Books), MAN OF WAR (Meteor House), which is a sequel to Science Fiction Grandmaster Philip José Farmer's novel TWO HAWKS FROM EARTH, and the international award-winning writing guide MANY GENRES, ONE CRAFT (Headline Books Inc.). In between trips, Heidi teaches creative writing at Seton Hill University, where she graduated from their renowned Writing Popular Fiction Graduate Program the same month she appeared on Who Wants To Be A Millionaire. Follow Heidi's writing journey with her husband, Jason Jack Miller, and their two cats in the newsletter Small Space, Big Life and find her on YouTube, her website, and Instagram all as Heidi Ruby Miller.

Heidi Ruby Miller is a travel writer turned novelist. She uses research for her stories as an excuse to roam the globe. With degrees in Anthropology, Geography, Foreign Languages, and Writing, she knew early that penning fast-paced, exotic adventures would be her life. She's put her experiences and studies to paper in her far-future AMBASADORA series (Dog Star Books) and into MAN OF WAR (Meteor House), which is a sequel to Science Fiction Grandmaster Philip José Farmer's novel TWO HAWKS FROM EARTH.

In between trips, Heidi teaches creative writing at Seton Hill University, where she graduated from their renowned Writing Popular Fiction Graduate Program the same month she appeared on Who Wants To Be A Millionaire. AMBASADORA was her thesis novel there, and the multi-award winning writing guide MANY GENRES, ONE CRAFT (Headline Books Inc.), which she co-edited with Michael A. Arnzen, is based on the Seton Hill program. It was named #5 in The Writer magazine's Ten Most Terrific Writing Books of 2011 and won Best Non-Fiction book at the London Book Fair.

She began her writing career with travel articles and reviews then co-wrote MOON PENNSYLVANIA CAMPING with her award-winning writer husband, Jason Jack Miller. Since then Heidi has had various fiction and non-fiction publications, as well as various jobs, including contract archaeologist, foreign currency exchanger at Walt Disney World, foreign language teacher, and educational marketing director for Frank Lloyd Wright's House on Kentuck Knob. In 2012, she created the Dog Star Books science fiction imprint for Raw Dog Screaming Press and was the managing editor for the line for three years. In 2014, she was the Director of Professional Writing Relations for the Pennsylvania Literary Festival, an event she co-founded. Recently, Heidi and Jason founded and directed the UPL Writers Workshop in their hometown of Uniontown, Pennsylvania. She also founded the Uniontown Public Library Author Series in 2017 and directed it with Carrie Gessner and Maria Sholtis for two years.

Heidi's formal memberships include International Thriller Writers (ITW), Society of Children's Book Writers and Illustrators (SCBWI), International Association of Media Tie-In Writers (IAMTW), Pennwriters, Littsburgh, PARSEC, and Broad Universe. She is fond of action movies and sharing tea with friends. Follow Heidi's writing journey with her husband and their two cats in the newsletter Small Space, Big Life and on their YouTube travel and lifestyle channel of the same name. You can also find her on Instagram, YouTube, and her website all as Heidi Ruby Miller. 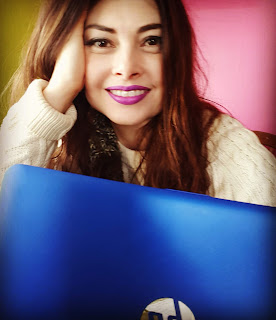 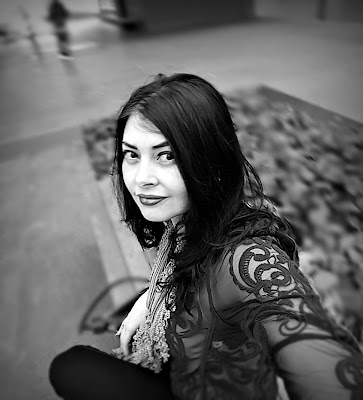 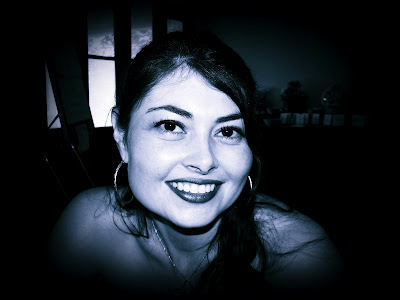 TALKING ABOUT AMBASADORA: MARKED BY LIGHT
"Beautifully vibrant and intricately textured, Heidi Ruby Miller's AMBASADORA explores the value of true humanity, the limitless power of desire and the triumph of the individual soul. Amidst edge-of-the-seat action, Miller effortlessly incorporates the conflicts of the modern woman inherent in upholding feminist sensibility. AMBASADORA is a banquet of sumptuous words, a truly exciting adventure that fans of science fiction are sure to enjoy."
-Mary SanGiovanni, award-winning author of the KATHY RYAN series

TALKING ABOUT GREENSHIFT
"It’s a sweet and fulfilling journey as Miller fleshes out the characters’ backgrounds and motives, threading the branches of circumstance and desire that blossom into love. David and Mari’s strong personalities burn through the pages and it’s easy to see their relationship as believable, passionate, and enduring."
-K. Ceres Wright, Amazing Stories reviewer

TALKING ABOUT STARRIE
"Miller’s short third novel in the space-faring, caste-bound, hierarchically polyamorous, and socially striated Ambasadora universe (after 2013’s Greenshift) manages to balance the exoticized presentation of the setting with relatable human interaction...the romance between Ben and Naela highlights the emotional side of reaching out to those who are different from you, even in a world where those differences are stylized and codified."
-Publisher's Weekly

TALKING ABOUT THE AMBASADORA SERIES
"AMBASADORA has a lot to say about the human spirit and it says it well."
-Mike Resnick, Nebula and Hugo Award-winning author

TALKING ABOUT MAN OF WAR
"Science fiction is full of tales of displaced heroes, finding themselves involved in the conflicts of their adoptive worlds....Heidi Ruby Miller really runs with this concept, as Two Hawks finds himself equally used and abused by pretty much everyone he comes into contact with. Being a novella, it’s a fairly quick read, action-packed and gripping....I generally like to find something to criticise, no matter how small, just to avoid being taken for one of the current rash of meaningless five star reviewers that currently infest the internet, but I honestly couldn’t find anything to complain about. I genuinely hope Miller and Meteor House plan on continuing the story with further books."
-Dave Brzeski, British Fantasy Society

TALKING ABOUT MANY GENRES, ONE CRAFT
"MANY GENRES ONE CRAFT is a brilliant and insightful must-have book for any writer, from newbie to working pro. Highly recommended!"
-Jonathan Maberry, New York Times bestselling author of THE KING OF PLAGUES and PATIENT ZERO

TALKING ABOUT HEIDI'S WRITING
"...a writer-crush on Heidi Ruby Miller. I mean, holy crap, this girl can write! This is how you write Science-Fiction."
-Cary Caffrey, Amazon Charts best selling author of THE GIRLS FROM ALCYONE