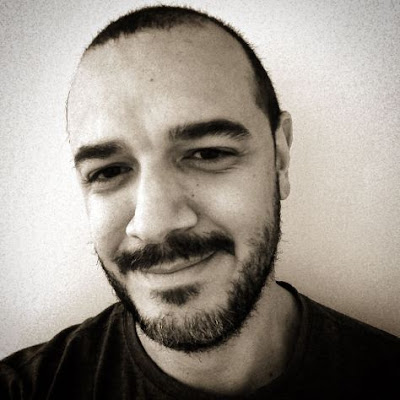 "Poetry: As a Writer, As an Editor" 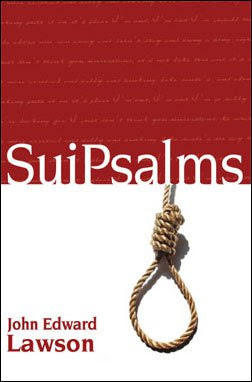 Join us as John Edward Lawson shares a multi-media presentation about his award-winning poetry collections and being co-owner of a successful publishing company with four imprints, a myriad of awards for its works, and an upcoming movie by Ridley Scott.

John Edward Lawson is an author, editor and poet living in the Maryland suburbs of Washington, DC. He is the author of 16 books of fiction and poetry, and numerous chapbooks. Over 500 of his poems, stories, and articles have been published in magazines, anthologies, literary journals, and newspapers worldwide. John was a winner of the 2001 Fiction International Emerging Writers Competition; in addition to being a finalist for the Stoker Award (2006, Superior Achievement in Poetry) and the Wonderland Award for Bizarro Fiction (2007, collected fiction), other award nominations include the Dwarf Stars Award, the Elgin Award, the Pushcart Prize, and the Rhysling Award.

John is also a founding editor of Raw Dog Screaming Press. He spent four years as editor-in-chief of The Dream People online literary journal of bizarro fiction and poetry. Other editorial projects include three print anthologies, four e-anthologies, and freelance work for such companies as National Lampoon and Double Dragon Publishing.

His hobbies include travel, games of strategy, and collecting Hong Kong comic books. He has an intense interest in films. During the 1990s he kicked around in the DC industrial-electro-goth scene in the band Dead Letter Office and owned Rack and Ruin Studio. He has been involved in the production of numerous short films, including award winners Party Girl and Uberman: An Experiment in Consciousness. Director Jayson Densman has collaborated with John for years spawning a trilogy of PoVids derived from his poetry.

He currently serves as vice president of Diverse Writers and Artists of Speculative Fiction.


UNIONTOWN PUBLIC LIBRARY
2017 AUTHOR SERIES
Throughout 2017, the Uniontown Public Library will showcase the talent of novelists, short story writers, and poets. Each month, a writer will visit the Library to share their experiences as published authors. They will offer a short talk on a subject related to their genre, do a reading from their work, and participate in a question and answer session with the audience. A meet-and-greet and book signing will follow.

These events are free and open to the public — you do not have to be a member of the Uniontown Public Library to attend! Each event will be ticketed, with the free tickets becoming available at the Library’s main desk before each author’s visit. Seats are limited, so we encourage you to get your tickets early. 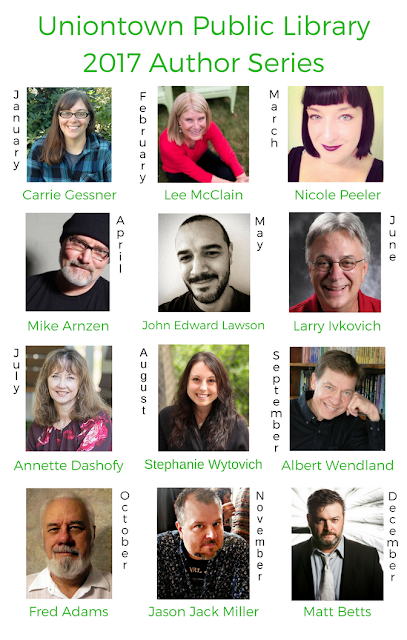