The rules are:
Go to the 7th line of the 7th page of your work in progress.
Post the first full 7 lines.
Then tag 7 friends.

The following snippet is from the short story "Atlatl" which is set in the Ambasadora-verse and features brothers, David and Ben Anlow, during an undercover sting--but only one of them knows that's why they're at the bar. 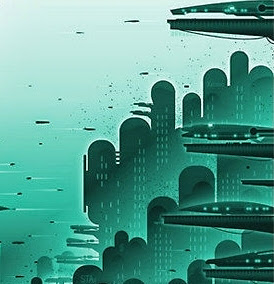 "This part of the city makes the LaTulip Underground look clean and cozy by comparison," David said.

"Oh, yeah?" Ben said. "When was the last time you ventured into the Underground? And, before you say anything more, my team swears by this place when they're on leave."

His cocom buzzed to life in his ear and Meke's voice sounded like she was inside his head. "For the record, I'm with your brother--I'd never eat in this shithole, on duty or off, including tonight."

Ben glanced to where she sat at the bar with an untouched neon glowing orangish-pink from a glass in front of her.