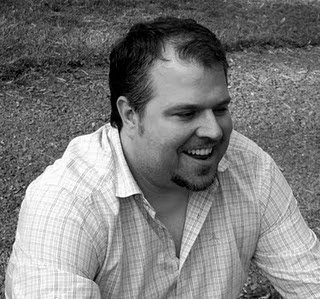 GUEST SPOTLIGHT - JASON JACK MILLER
Jason Jack Miller hails from Fayette County, Pennsylvania, as in, "Circus freaks, temptation and the Fayette County Fair," made famous by The Clarks in the song, "Cigarette." He is a writer, photographer and musician. His first band was the un-ironically named Phist, a punk/grunge hybrid who played their first show during second period at Tri-Valley High School’s Winter Carnival. Their last show was a week later on New Year’s Eve at Friend’s Roller Rink. He worked as a whitewater raft guide on the Lower Yough in Pennsylvania and the Cheat in West Virginia, during which time he met his wife, Heidi. Shortly after getting hitched they moved to Florida and worked for a very famous mouse. An outdoor travel guide he co-authored with his wife in 2006 jumpstarted his freelancing career; his work has since appeared in newspapers, magazines, literary journals, online, as part of a travel guide app for mobile phones, and in a regular column for Inveterate Media Junkies. He wrote the novels Hellbender and All Saints during his graduate studies at Seton Hill University, where he is now adjunct creative writing faculty. When he isn't writing he's on his mountain bike or looking for his next favorite guitar. He is currently writing and recording the soundtracks to his novels, The Devil and Preston Black and Hellbender, and his next novel, The Gospel of Preston Black. He lives near Pittsburgh with his writer wife Heidi Ruby Miller. Tweet him @jasonjackmiller.

Spy on him at his blog.