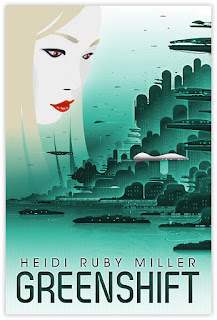 Even after they kissed that time he hadn't made any advances toward her. And that was too bad because it was a good kiss.

She studied Sean's thin lips as she thought about it. As usual, dark blonde stubble encircled his mouth and edged up his tense jaw and down his chin to his neck. In fact, she had never seen him clean-shaven. David always shaved, kept himself well-groomed in general, even his t-shirt and fatigues were crisp, not like the rumpled worker's pants and faded blue t-shirt Sean wore.

Mari had been making comparisons between the two men since David walked on board a few weeks ago. Sean was the guy she used to want, but now all she thought about was David Anlow.
--