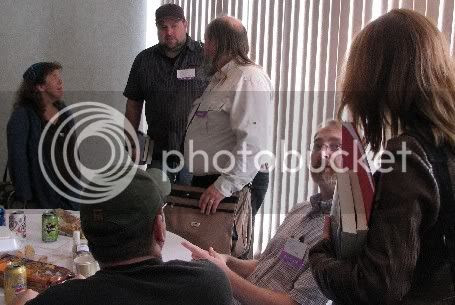 Below you can see who was there, view lots of photos, and learn about each of these convention moments:
1. Raffling off dragons, pirates, and wookies
2. "You're the gloom cookie I was looking for!"
3. Installing LINUX on a Dead Badger
4. Driving a Sick Elephant - Braunbeck interviews Arnzen
5. Naked women on the ceiling
6. "By the way, your dog is going to die, too."