This post is the shortest of the series and is called The Booksigning. 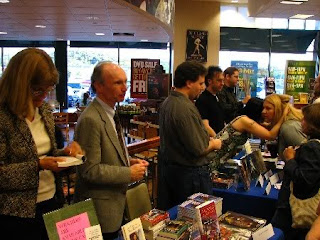 Every June when the Seton Hill WPF summer residency coincides with the WPF Alumni Retreat, we have more than one hundred authors on that beautiful campus. So of course, there is always a massive booksigning on the weekend at the Barnes and Noble in Greensburg, PA. 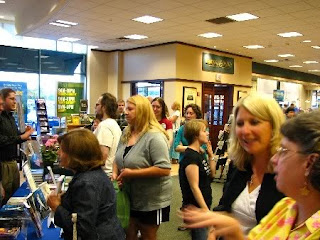 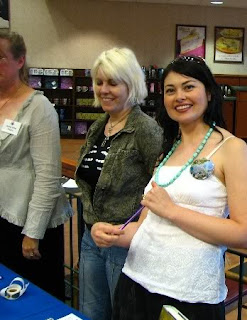 W. H. Horner brought some great promotional pins (like the one I'm wearing in the previous picture) for the Sails and Sorcery: Tales of Nautical Fantasy anthology coming out next month and the debut of FE Comics in December with The Fracture, a comic by Chun Lee and Diana Dru Botsford. 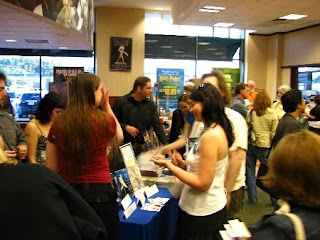