BOOK: A LIFE OF DEATH Book 1 by Weston Kincade 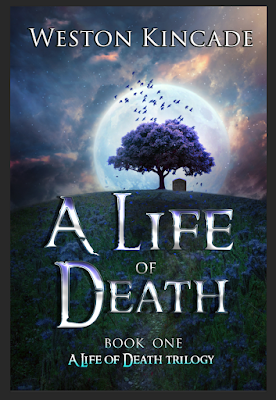 A LIFE OF DEATH Book 1

Ghosts are speaking to Alex, but can he bring them justice?

Alex is a troubled teen with a checkered past, a broken home, and a surprising ability: psychometry. When he touches items murder victims held in their final moments, he relives the events in gruesome detail. But who will believe a troubled teen, especially when murders implicate the town’s founding family?

If you like amazing supernatural stories that are intense, powerful, and fraught with emotion, then you'll love Weston Kincade's suspenseful coming-of-age trilogy, A Life of Death. Ghosts are speaking, and they want answers. Heed the call. Buy A Life of Death.

“Full of emotion and angst, and some wonderful imagery, you will feel this story as you read it.”
~ Mark Matthews, author of Milk-Blood

Published by Books of the Dead Press, the rights to the first two books in the A Life of Death Trilogy were returned to Weston January 1, 2017. The new release will be in late May 2017 in conjunction with the official release of the third and final book in the trilogy, Sacrifices. Until the trilogy's official release, the podiobook of book one is still available. To listen to A Life of Death, visit Podiobooks.com. 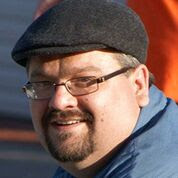 Weston Kincade writes fantasy, paranormal, and horror novels that stretch the boundaries of imagination, and often genres. His current series include the A Life of Death trilogy and the Priors. Weston's short stories have been published in Alucard Press' "50 Shades of Slay," Kevin J. Kennedy's collected "Christmas Horror" and "Easter Horror," and other anthologies. He is a member of the Horror Writer's Association (HWA) and has helped invest in future writers for years while teaching English. In his spare time Weston enjoys spending time with his wife and Maine Coon cat, Hermes, who talks so much he must speak for the Gods. Visit him at Fantasy and Fiction by Weston Kincade.