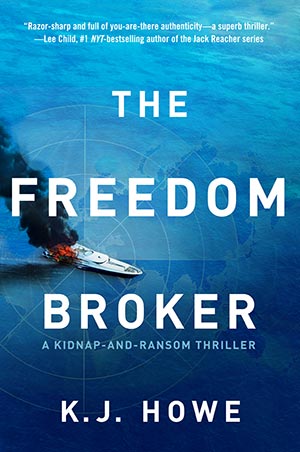 There are twenty-five elite kidnap and ransom (K&R) specialists in the world. Only one is a woman: Thea Paris. And she's the best in the business.

Twenty years ago, a terrified young boy was abducted in the middle of the night by masked intruders while his sister watched, paralyzed with fear. Returned after a harrowing nine months with his captors, Thea's brother has never been the same.

This life-shattering experience drove Thea to become what she is today: a world-class freedom broker. Most hostage-recovery work is done at the negotiation table, but when diplomacy fails, Thea leads Quantum Security International's black-ops team on highly sensitive rescue missions to political hot spots around the globe.

Her childhood nightmare resurfaces when her oil magnate father, Christos Paris, is snatched from his yacht off Santorini on his sixtieth birthday, days away from the biggest deal of his career. The brutal kidnappers left the entire crew slaughtered in their wake, but strangely, there are no ransom demands, no political appeals, no prisoner release requests-just obscure and foreboding texts written in Latin sent from burner phones.

Knowing the survival window for kidnap victims is small, Thea throws herself into the most urgent and challenging rescue mission of her life-but will she be able to prevent this kidnapping from destroying her family for good? 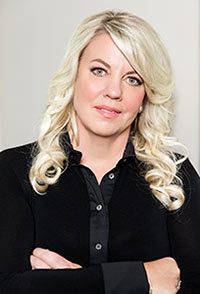 Born in Toronto, Canada, KJ Howe enjoyed a nomadic lifestyle during her early years, living in Africa, the Middle East, Europe, and the Caribbean, which gave her an insider’s view into many different cultures. While abroad, she read every book she could find, which triggered in her a desire to create her own stories.

She attended Salzburg International Preparatory School, Neuchâtel Junior College, and Albert College before earning a Specialists Degree in Business from the University of Toronto. KJ found success in the corporate world, but her passion for travel, adventure, and stories drew her back to school where she earned a Masters in Writing Popular Fiction from Seton Hill University. She also won several writing awards, including three Daphne du Maurier Awards for Excellence in Mystery and Suspense.

While honing her fiction skills, KJ worked as a medical, health, and fitness writer. She then became involved with the International Thriller Writers as the Executive Director of ThrillerFest, the organization’s annual conference held every July in New York City.

KJ is an avid tennis player, cyclist, and swimmer. Travel and adventure still rank high on her priority list. She has had the pleasure of riding racing camels in Jordan, surfing in Hawaii, ziplining in the Costa Rican jungle, diving alongside Great White Sharks in South Africa, studying modern combat in the Arizona desert, and working with elephants in Botswana. Home is in Toronto, Canada, but she is often missing in action.
books heidi ruby miller international thriller writers kimberley howe kj howe seton hill writers shuwpf the freedom broker thea paris thriller