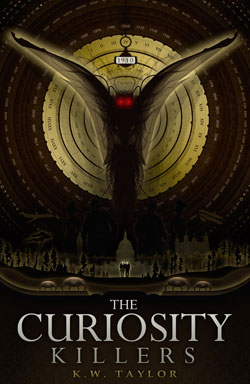 In the twenty-second century, a second Civil War is decades past. The states of the New British Empire have been reduced to working with Victorian-era technology—that is, except physicist Edward Vere, who invents time travel with a little help from aviation pioneer Wilbur Wright.

Vere partners with historian Ben Jonson to monetize the invention, founding the first time travel agency. Unbeknownst to them, a serial killer is using the technology to murder without detection. When Ben discovers the killer has targeted the woman he loves, the mild-mannered academic must become brave enough to change history rather than merely observing it.


What They’re Saying About The Curiosity Killers
“Taylor’s first foray into science-fiction borrows from her urban fantasy and horror background for a unique spin on the time travel novel. The Curiosity Killers is an exciting adventure set in a beautifully detailed alternate United States with enough serial killers, monsters, and mystery to keep readers on their toes.”
—J.L. Gribble, author of the Steel Empire series

“Wholly original and a hell of a lot of fun!”
—Tim Waggoner, author of the Nekropolis series

“From the moment you read that first paragraph, K.W. Taylor zaps you through time and space and alternate history at a thriller pace with some of the most engaging traveling companions anyone could ask for.”
—Heidi Ruby Miller, award-winning author of the Ambasadora series 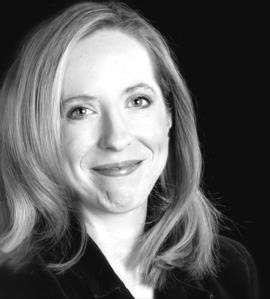 K.W. Taylor is the author of the urban fantasy Sam Brody series, about a dragonslaying disc jockey (The Red Eye and The House on Concordia Drive, both 2014 from Alliteration Ink). She has an MFA from Seton Hill University. Taylor lives in a restored Victorian home in Ohio with her tech writer husband and—unlike every other novelist in the world—an insanely photogenic kitten. She teaches college English and Women’s Studies and blogs at kwtaylorwriter.com. The Curiosity Killers is her first science fiction novel.