CAST YOUR CHARACTERS: Notes of Temptation by Rebecca Halsey 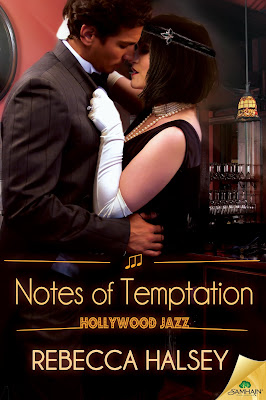 When Carrie Cooper leaves her small gold-mining town to seek her fortune, it’s not until she arrives in L.A. that she learns her college certificate is a fraud. The only work available is in a less-than-respectable speakeasy.

The job comes with the opportunity to take the stage with Oz Dean, the club’s captivating bandleader. But rivals out for her blood along with her place in the spotlight lurk behind the curtain.

Oz Dean has the rare ability to “see” music as brilliant colors, but nothing has ever dazzled him like Carrie’s pure, choirgirl voice. With a mob debt hanging over his head like a guillotine, he organizes a revue that will launch them all to stardom. Unfortunately, his bold move attracts exactly the kind of criminal attention he’d like to avoid.

Mired in Hollywood’s underbelly, caught off-guard by their growing attraction, Carrie and Oz are forced to consider the cost of success. Or their one chance to make beautiful music together could be their last.

CHARACTERS:
Louise Brooks as CARRIE COOPER
Carrie is a small-town girl who moves to the big city to get a respectable job. Instead, she finds herself in the behind-the-scene scandals of the West Edge, one of Hollywood’s most notorious nightclubs. Although she looks like the epitome of an ingénue, Carrie has the grit of a girl raised in a rough-and-tumble Western town.

A young Clark Gable as OZ DEAN
Oz is the dynamic bandleader for the West Edge band. Determined to launch his orchestra to fame and fortune, he finds renewed inspiration in Carrie’s pure choir girl voice, but first he must escape a mob debt.

Mae West as MINNIE MITFORD
The Marvelous Minnie Mitford has headlined the West Edge stage for the last year. She is not about to let new girl Carrie Cooper take away her spotlight.

Todd Duncan as ELLISON Wade
Following Uncle Jim, their de facto father figure and musical mentor, Ellison and Oz grew up as brothers. Whether on stage or in the streets, Ellison has Oz’s back.

Carmel Myers as RUBY THOMSON
Ruby is the first friend Carrie makes in Los Angeles. She may be a party girl, but she has a heart of gold.

Errol Flynn as DORSEY O’TANNER
Dorsey O’Tanner has a deep baritone and good looks. On the outside he appears to be your typical Hollywood heartthrob, but Oz suspects he has plans to take his place at the West Edge. 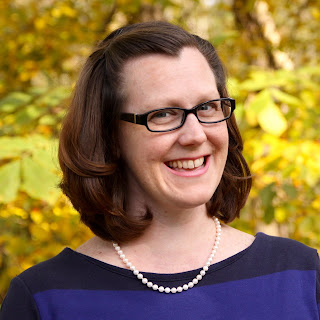 Rebecca Halsey is the author of historic and contemporary romance. She holds a Master of Fine Arts degree in Writing Popular Fiction from Seton Hill University and a Bachelor of Arts degree in Criminal Justice from the University of Georgia. When not writing, she works as a cybersecurity researcher and reporter. She enjoys running, cooking, travel, and painting portraits. She resides in Maryland with her husband and three children, all of whom tolerate her immersion into jazz music and black-and-white movies. Notes of Temptation is her debut novel. Interact with her on Facebook: writer Rebecca Halsey and Twitter: @rae_becky.