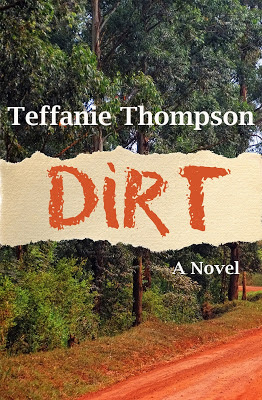 Washington would rather be playing basketball in the tournament instead of traveling to East Texas for a family reunion. He hates to read, but takes off on his own with a book to satisfy his parents.

Washington travels back to the past where he encounters his ancestor Square and witnesses the brutal punishment of a slave who is found reading.

When Washington steps out of the protecting circle of dirt, Washington fears he may never be able to return to the present or see his family again.

"Once while listening to public radio, I heard first person accounts of the slave narratives, Remembering Slavery. I realized that every single ancestral win was also a win for me. This is a thought that resonated with me, and I wanted to share that with young Americans. Reading, in its own way, is a beautiful legacy," Thompson said.

"The book, Dirt, gives a reader a fast read on a tough subject. Living in the times that we do, I think it’s a very appropriate image of the past we may have forgotten. The main character, Washington, takes on a journey throughout the all too recent times of slavery in the Deep South. There the young encounters problems from the brutality of slavery, to finding and leaving his first love interest. In a small East Texas town, young Square finds his roots, his courage, and a new admiration for the written word. An entertaining and important read for any age, Dirt from Teffanie Thompson illustrates, inspires, and motivates young readers to be conscious in the new age." - Imhotep White 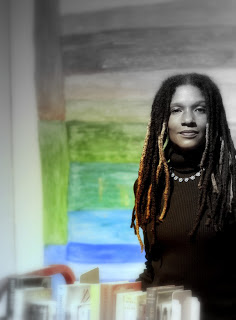 Teffanie Thompson grew up in Killeen, Texas where she spent many years playing with words on Gaynor Drive in Sugar Loaf.

Today she lives in Midland, Texas, without her angelic oldest daughter and creative genius son. Teffanie does reside with her farmer husband, Ginger puppy and brilliant youngest daughter, working in education.

She can be contacted at p i c t u r e l e s s books, teffanie@gmail.com, or @teffanie on Twitter.