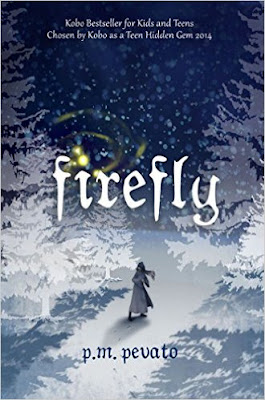 Most residents of the quiet alpine town of Snow Valley would scoff at the idea of witches in their midst, yet a deadly war rages beneath the surface as witch hunters stalk the local coven.

The hunted—a coven of teen witches just emerging into their full talents. The hunters—a family of immortal witch hunters assigned to assimilate, infiltrate, and eliminate the coven.

Teenage witch Emeranne Goode, or Ems, has a recurring dream in which she follows her beloved fireflies as they shimmer and dance toward the forest. She finds a boy, lying on the ground but sees only his gray eyes glowing a silvery sheen at night.

Witch hunter Bennett Bassett remembers nothing of his mortal life. Torn between his human values, buried deep within, and his heartless duties as a witch hunter, Bennett and his family hold the fate of the Snow Valley Coven in their hands.

Ems and Bennett’s growing affection for one another is doomed from the start: she is the hunted and he is the hunter. Can they survive impossible odds and opposing forces, forces determined to keep them apart?

In the tiny alpine Village of Snow Valley, the dark forest holds many secrets, secrets of unsolved murders and shocking betrayals.

The first book in an exciting series, Secrets of Snow Valley, Firefly peels away the layers of secrets hidden within the sleepy little alpine valley to reveal the dark histories and solve the even darker mysteries that lie beneath the surface and pit the coven and their protectors against the witch hunters.

A flâneur at heart, P. M. Pevato constantly seeks new experiences whilst strolling down the boulevards of life. Along this journey, the author earned degrees from Dalhousie Law School and the London School of Economics.