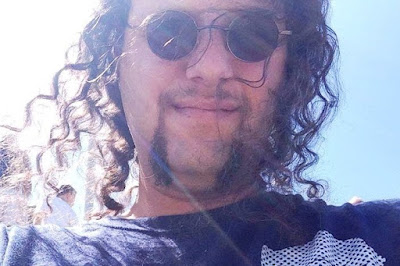 MORD MCGHEE
1. Which of your characters is your favorite?
I'm partial to a character named Ariel. She is a lake monster.

2. Tell me about your travels.
This novel in particular is the direct result of a road trip from Pittsburgh to Lake Champlain in Vermont. I took every step that the book takes. It spanned the length of the historic Niagara Highway and then back through Corning and Cooperstown NY. I also spent the summer visiting with Loren Coleman at the International Cryptozoology Museum in Maine. Loren provided a foreword.

4. What else can you do besides write?
I play guitar and sing... which I've done professionally for years. I sustained an injury that forced my retirement. I don't play much as it takes too may painkillers to achieve anything worthwhile. I maintain an ASCAP membership, but under a pseudonym.
I also cook and have a professional background in high tech mumbo-jumbo.

5. Who are you reading right now?
Paul Nielsen's THE CAMBION, Frances Couvares' THE REMAKING OF PITTSBURGH, Andrew Carnegie's THE GOSPEL OF WEALTH, Stephen King's UNDER THE DOME, Cyril's Wecht's MORTAL EVIDENCE, and a few others...

6. Pop culture or academia?
History repeats itself. What is academia today is pop culture tomorrow.

7. What is the toughest scene you ever wrote?
Technically... the hardest scene was the end of MURDER RED INK when Allena Gould comes face to face with far more than she ever imagined. Chapter 24 to be specific, because it's written the way stop-animation is filmed. There were hard scenes to write in the same book that were graphic and intense... but I'd always felt that Jack the Ripper wasn't getting his due as a monster and instead had become a Scooby-Doo villain. I give the evil prick all due respect. Emotionally... the hardest scenes to write were Oliver's scenes towards the end of OLD FLAMES AND HEROES. Most grueling... a short story called PLASMA BREACH (unpublished as of this interview though it is under hold at a publisher).

8. Where do you find your inspirations to write?
I wrote post-college and then gave it up. Last summer I married a wonderful woman that has editorial experience and as we moved in together (a year before the wedding or so) she found magazines and manuscripts in the bottom of my closet. She's to blame for the damage I've done to literature since turning professional in 2014. Though I find inspiration in the magical world around us.

10. Are you into sports or other physical activities?
Yes. Is there an author's baseball or softball team? I'll bet your hubby throws a mean fastball!

11. What kind of music speaks to you?
All kinds of music. I know you've heard that before but I truly have the most eclectic taste and appreciation of music as certified by experts around the world. Not really, but when my music shuffles you NEVER know what's coming next. Slayer or a song from Rent... Vivaldi or DMX... Gene Autry or The Sex Pistols.

12. Do you outline your stories or do they just take you along for the ride?
A little of both. I keep notes which then become a rough outline.

13. Celebrity crush.
Allison Janney. She's hysterical and I'd watch anything she's in. Though it's not really a 'crush' but more an a talent appreciation.

The secret I've never shared... I've been a pen-pal with one of the above since I was 15 years old. The person
even read some of my first work and told me how awful it was.

15. Do you still watch cartoons?
My generation learned about the world in cartoons. Classical music, pop culture, movie stars then and now....
Oh... do I still? Yes, absolutely. Though I continue to choose the toons from the 70s-80s. 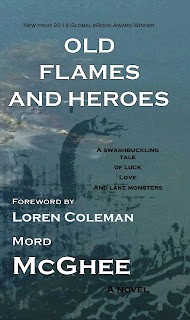 Posted by Heidi Ruby Miller at 8:34 AM