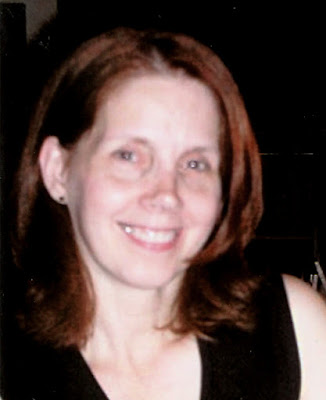 LINDA CILETTI
1. Which of your characters is your favorite?
I love all my characters, but if I had to pick a favorite, it would be Draegon in “Draegon’s Lair”. His external struggle is life-threatening. His internal struggle is palpable. Throughout the story, his lady ward teaches him to see himself as he truly is and not what he thinks he is. My heart actually hurt for him, but I knew it would all turn out okay. (smiles)

3. Coffee, tea, or milk?
Tea. Especially in colder weather. I love to sit down with a good book, a cup of hot tea, and a piece of fudge, lady lock, or cookie (none of which I need.) and read. I do recommend not holding your teacup in bed while reading. After nodding off and dumping an entire cup of tea on my white down comforter, I have since learned to sip, then sit the cup on the nightstand before turning the page.

4. What else can you do besides write?
So many things and so little. I was an educational program coordinator for many years until budget cuts did away with my position. I used to oil paint, sketch, and play guitar. I like to sing, though not professionally, and will do so for a small audience on very rare occasions. I’m happy when I’m being creative. Writing is one creative outlet for me. Another is being a merchant in a virtual world. My store is called Chez Fayre (my avatar is named Fayre), and through her I create virtual clothing for medi-fantasy role players (Victorian, medieval, gypsy, elven, fairy, hobbit, and some beach wear). I also create peasant and highborn medieval furnishings, beach house furnishings, Victorian furnishing, fantasy dwellings, and the occasional avatar. It’s fun, it’s time consuming, and it’s very addictive.

5. Who are you reading right now?
I’ve just finished reading “For My Lady’s Heart” by Laura Kinsale. This is an older book of hers that I’m re-reading because I love the characters, the torn hero, and the strong medieval prose and dialog. Writing and reading is all about the characters for me.

7. What is the toughest scene you ever wrote?
Sex scenes are the scenes I struggle with most because I want them to fall naturally in the story, I want them real and not mechanical, and I want them full of emotion, which is more important to me than the actual coupling. How much is too much? How much is too little? I know I can’t please everyone, so I write them to please myself and hope I’ve found just the right balance. I absolutely will not insert one just to up the sex scene count. The characters tell me when it’s time.

8. Where do you find your inspirations to write?
Inspiration can come from anywhere. The inspiration for two of my books came from music. “Dream of the Archer” was inspired by a song of the same name by Abba. Funny how one can take a minute and a half song and turn it into a full length novel. My current WIP was inspired by the music of Cast in Bronze. He plays the carillon (a medieval bell instrument) at Renaissance Faires, as well as other places. One year I was enjoying faire food for lunch (my favorite soup in a bread bowl) and listening to him play. Suddenly I was struck. I quickly pulled a small note pad from my purse and frantically began jotting down tiny indecipherable notes. I found (and still find) his music fantastical, and so “Faerie Dust” was born. I hope to have it out soon. The first of a faerie fantasy series.

14. Who are the biggest influences on your work?
The biggest influence on my work has been my own heart and all the romantic fairytales I’d read as a child. I’m still a knight in shining armor and damsel in distress kind of person, though sometimes the damsel saves the knight.

Linda Ciletti grew up in the wonderful city of Pittsburgh, Pennsylvania, where weekly visits to the public library taught her the value of the written word and filled her with a love of fiction and fairytales. Linda now lives in a quaint cottage in the beautiful Western Pennsylvania suburbs. She writes in the genres of romantic historical (medieval), contemporary, time travel, and fantasy. Her medieval, Draegon’s Lair, won an Epic Award for best historical romance. Other novels by Linda include Knight Stalker (contemporary time travel) and Dream of the Archer (historical time travel). Her poems and photographs have been featured in The Loyalhanna Review literary magazine and her sole foray into horror, “The Hunger”, has been both podcasted and published in the anthology, The Wickeds. All books are available on Amazon. When not serving the writing muse, Linda immerses herself in illustration, creation of virtual world content, and book cover design. You can visit Linda at lindaciletti.net. 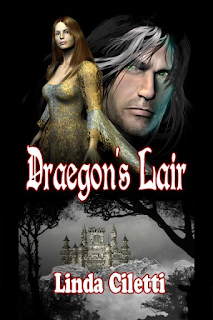 Alys de Monceux, betrothed to a cruel and ruthless lord, runs to save herself from further abuse and to protect the secret that she carries. But when she finds herself wounded and without memory in the keep of a man who dares not show his face, will she find the peace and love her heart desires? Or will this strange and foreboding lord return her to the man she fears?

Draegon of Greystone stays hid beneath hood and helm, concealing a face he is sure others will fear. Content to live in a world of shadows, his secure existence is suddenly threatened when he rescues and hides Alys from her pursuer, the evil Knighthawk, Bastion of Worthingshire. But can Draegon save Alys without endangering his people when Bastion’s powerful army tracks her to the small demesne of Greystone? And can a love he never dreamt possible give Draegon the strength to fight against a foe determined to destroy them both? 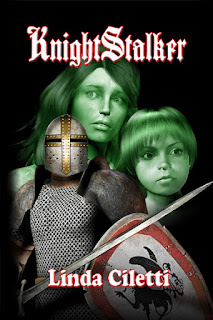 Rachael’s son, Timmy, wakes from nightmares about a killer knight--dark dreams made all too real when a knight appears in a flash of light and finds his way to Rachael’s doorstep.

Michel of Banesford loses all that he knows when he stalks a ruthless killer into the future, but its not until he meets Rachael and her young son that he understands the true potential for loss. 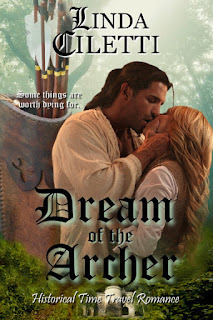 Damian’s loyalty to King Richard and Robyn Hode marks him an outlaw. A label he cares naught about. All he wants is the return of his lands and revenge on the brother of Nottingham’s Sheriff for the horrific death of his betrothed. He will not risk another such loss. Damian has vowed to love none but the angel in his dreams. She, he can love. She was not real.

Cast back in time to 1192 Sherwood Forest, Lenore wants only to find her friend, Jack, and get back home to the future where she can ponder how to raise enough money to pay the taxes on the ranch she’d inherited from her grandfather.

However, when Damian's dream becomes reality, even the best laid plans can fall asunder. Both know a union between them will only lead to heartache and death. But the attraction is too great to resist.