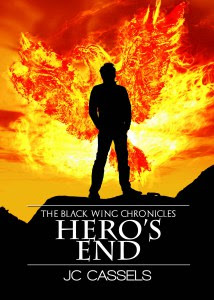 Given the choice between Love and Duty, which does one sacrifice for the other?

Bo Barron has it all: a ship of her own, a formidable reputation as one of the Sub-Socia’s most dangerous criminals, and the sexiest man in holofeatures – Blade Devon. She’d trade it all to find her father, clear her name and reclaim her rightful place as the Chief of Barron Clan… well, maybe she’d hang on to Blade. He’s also a very resourceful Inner Circle Agent with a penchant for coming to her rescue.

When sabotage of his hovercycle results in serious injury, Blade fears that state secrets entrusted to him are in danger of exposure. He’ll go to great lengths to keep that from happening.

Looking for answers to the questions that plague them, each plays a dangerous game of blackmail and extortion — with Bo’s father and their future together on the line. 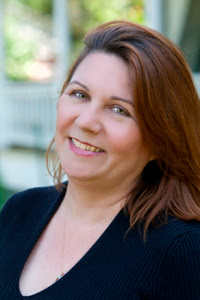 Author of THE BLACK WING CHRONICLES series, JC Cassels was born and raised in sunny Tampa, Florida, but divided her time between her family’s suburban home there and her grandparents’ farm in rural South Carolina.

She traces her lifelong infatuation with SF/Adventure to growing up in West Central Florida during NASA’s most exciting years, often watching space launches from her back yard.

JC got her start as a stringer for the Tampa Tribune in 1991. Since that time, she has been a member of the RWA, TARA, TWA and PINAWOR, and is currently a member of Pennwriters and the Science Fiction Romance Brigade.