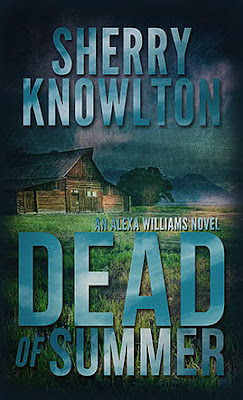 In a tale of suspense that travels from Southcentral Pennsylvania to Africa to the iconic Woodstock Festival of 1969, Dead of Summer embroils Alexa Williams in the dangerous world of sex trafficking.

With help from friends, family, and her yoga practice, Alexa Williams is finally starting to recover from last autumn’s trauma of finding a dead body and the violence that ensued. The young attorney can’t believe that her summer has begun with the discovery of another body. This time, the dead woman was famous for her worldwide campaign against sex trafficking. The murder hits close to home: the late activist was a friend and mentor to Alexa’s best friend, Melissa.

While the town mourns, Alexa stumbles into a burglary at Melissa’s home, barely escaping serious harm. A client asks for help in convincing the police that her foster child is not a runaway, and Alexa learns that other local girls have gone missing. Drawn into the fight to save lost and exploited children, Alexa discovers a community of child activists. A local philanthropist wants Alexa to join his foster care empire. A sexy social worker and a hip college professor want a more personal connection with Alexa, but she is also drawn to the police detective leading the murder investigation.

Searching for answers, Alexa becomes entangled in a web of deception and danger that puts both her heart and her life at risk. By the time she discovers that the key to the present lies in the halcyon days of peace and music, it may be too late. 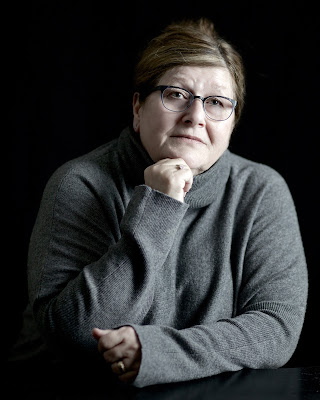 Sherry Knowlton (nee Rothenberger), author of the Alexa Williams novels, DEAD of AUTUMN and DEAD of SUMMER was born and raised in Chambersburg, PA, where she developed a lifelong passion for books. She was that kid who would sneak a flashlight to bed at night so she could read beneath the covers. All the local librarians knew her by name.

Sherry launched her writing career with a mimeographed elementary school newsletter and went on to write and edit for her high school and college newspapers. Since then, Sherry’s creative and technical writing has run the gamut from poetry, essays, and short stories to environmental newsletters, policy papers, regulations, and grant proposals.

Sherry spent much of her early career in state government, working primarily with social and human services programs, including services for abused children, rape crisis, domestic violence, and family planning. In the 1990s, she served as the Deputy Secretary for Medical Assistance in the Commonwealth of Pennsylvania. The latter part of Sherry’s career has focused on the field of Medicaid managed care. Now retired from executive positions in the health insurance industry, Sherry runs her own health care consulting business.

Sherry has a B.A. in English and psychology from Dickinson College in Carlisle, PA.

Sherry and her husband, Mike, began their journey together in the days of peace and music when they traversed the country in a hippie van. Running out of money several months into the trip, Sherry waitressed the night shift at a cowboy hangout in Jackson Hole, Wyoming and Mike washed dishes in a bakery. Undeterred, they embraced the travel experience and continue to explore far-flung places around the globe. Sherry and Mike have one son, Josh, a craft brewer in upstate New York.

Sherry lives in the mountains of South Central Pennsylvania, where her novels are set.

Sherry is a member of International Thriller Writers, Sisters In Crime and Pennwriters.