I was tagged in a variation of The Lucky7 and 777 Memes. Thank you to Sherry Knowlton for the tag. You can check out her latest book DEAD OF AUTUMN. 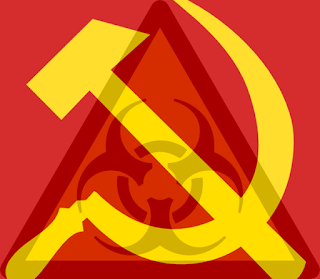 The officer in command motioned from the landing below for Dimitri to open the connecting door. He did...and immediately closed and locked it again once the last of the omonovsky were through.

The men crept past cabinets and equipment. The flickering sodium lights reflected from the muzzles of automatic rifles. One soldier stopped and stared at the ground in front of him, then motioned to a nearby comrade. With the next flicker, Dimitri caught a glimpse of a white lab coat sleeve and the top of a hand. Mecklin?