Imagine waking up to find the world has ended, but unfortunately you're not alone...

For Connor Innis, awakening from a year-long coma with no memories, no ability to move, and unable to speak was bad enough. Then he learns that a bioweapon set off a zombie apocalypse—for real—while he was sleeping, and the world he can't even remember no longer exists.

Rehabilitation might be torture, but far worse awaits him outside. All too soon, the hospital Mentor declares him fit to leave but with nothing to go home to except a city full of mindless, flesh-eating monsters. That is, until he forms a strange relationship with the one he nicknames 'Zombie Girl'. 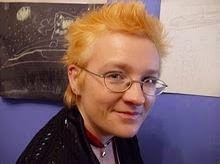 After spending twelve years working as an Analytical Chemist in a Metals and Minerals laboratory, Pippa Jay is now a stay-at-home mum who writes scifi and the supernatural. Somewhere along the way a touch of romance crept into her work and refused to leave. In between torturing her plethora of characters, she spends the odd free moment playing guitar very badly, punishing herself with freestyle street dance, and studying the Dark Side of the Force. Although happily settled in the historical town of Colchester in the UK with her husband of 21 years and three little monsters, she continues to roam the rest of the Universe in her head.

Pippa Jay is a dedicated member of the Science Fiction Romance Brigade, blogging at Spacefreighters Lounge, Adventures in Scifi, and Romancing the Genres. Her works include YA and adult stories crossing a multitude of subgenres from scifi to the paranormal, often with romance, and she’s one of eight authors included in a science fiction romance anthology—Tales from the SFR Brigade. She’s also a double SFR Galaxy Award winner, been a finalist in the Heart of Denver RWA Aspen Gold Contest (3rd place), the EPIC eBook awards, and the GCC RWA Silken Sands Star Awards (2nd place).

You can stalk her at her website, or at her blog, but without doubt her favourite place to hang around and chat is on Twitter as @pippajaygreen.
books dystopian heidi ruby miller horror lycaon press pippa jay YA young adult zombie girl dead awakened