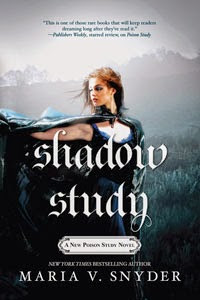 SHADOW STUDY
Once, only her own life hung in the balance…

Oddly enough, when Yelena was a poison taster, her life was simpler. But she'd survived to become a vital part of the balance of power between rival countries Ixia and Sitia. Now she uses her magic to keep the peace in both lands—and protect her relationship with Valek.

Suddenly, though, they are beset on all sides by those vying for power through politics and intrigue. Valek's job and his life are in danger. As Yelena tries to uncover the scope of these plots, she faces a new challenge: her magic is blocked. She must keep that a secret—or her enemies will discover just how vulnerable she really is—while searching for who or what is responsible for neutralizing her powers.

Yes, the days of tasting poisons were much simpler. And certainly not as dangerous… 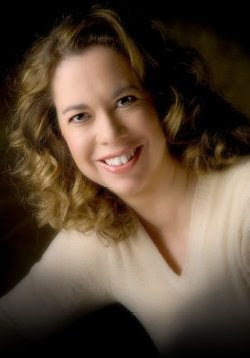 When I was in sixth grade, I learned about meteorologists and decided I wanted to be one. My visions of chasing tornados throughout the Midwest and flying through hurricanes didn't pan out. Mostly because I wasn't good at forecasting, and my grades weren't exactly stellar. Let's face it, I'm a daydreamer--always have been, always will be.

I did graduate from Penn State University and was hired as an environmental meteorologist--try and say that five times fast ;) and I started writing when bored at work. It's never a good idea to get caught just staring out the window, so I wrote my daydreams down. After fooling around with short stories, I wrote my first novel, Poison Study. It was published sixteen years later. A lesson in patience and persistence! I had caught the writing bug and Magic Study and Fire Study soon followed.

Even though I went on to earn a Masters degree in writing from Seton Hill University, I never lost my fascination with storms, which is evident in my Glass Series (Storm Glass, Sea Glass and Spy Glass), and I still consider myself an environmentalist. The green part of me comes out in both Inside Out and Outside In. Trella's world is contained inside a big metal cube and they must reuse and recycle everything. One thing they got right in one otherwise messed-up world!

My latest series is about a healer and I happily let my nurturing side take over. Touch of Power starts the series with Avry on the run in a world recovering from a devastating plague. Scent of Magic is the second book and the third, Taste of Death will be out December 2013.

Aside from a writer, I'm also a teacher and mentor for students enrolled in Seton Hill University's MFA program in Writing Popular Fiction. I enjoy working with aspiring writers and helping them complete their novels. I've won a half dozen awards and been on the New York Times bestseller list, but nothing compares to being the proud mentor come graduation day!

Other things I enjoy are playing volleyball, photography and traveling. I'll go anywhere at anytime - much to my mother's dismay since my husband and I frequently bring along our son and daughter on our adventures.

I love my job. Where else can you take fencing lessons, learn how to ride a horse, study martial arts, learn how to pick a lock, take glass blowing classes and get a personal tour of a maximum security prison and call it all research? I'll give you a hint--not working as a meteorologist.