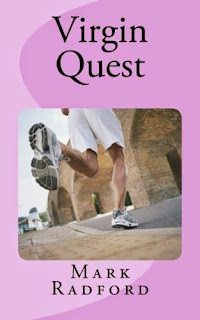 Virgin Quest is a romantic comedy unfolding within a mystery.

Tom Webber was ready for the race of a lifetime - the Virgin Quest, where moral values is the key to winning the heart of a decent woman. Finding love, hampered by lustful temptations and the chaotic obstacles that threaten to derail the whole Virgin Quest race. Can Tom win through in this satire on the romance game with a touch of mystery? 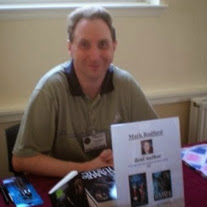 Mark Radford is a deaf British author born in 1964, who has been living on the south coast of England for over 30 years. After many dormant years, his writing dream was revived when in mid 1998 ill health caused him to lose his job on medical grounds. It was diagnosed as Menieres. During the recovery period, he enrolled in two creative writing courses that led to writing qualifications and two books were written in that time, one of which was 'Early Memory', his debut publication release. A full biography of the author can be found at his website www.markradford.co.uk. He is presently working on his next book.

ENTER TO WIN ONE OF TEN PAPERBACKS OF VIRGIN QUEST AT GOODREADS UNTIL FEBRUARY 21, 2015!