BOOK: The Hedgerows of June by Ron Shannon 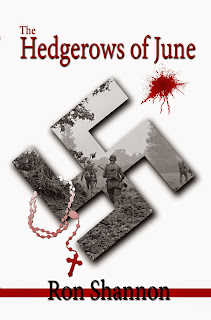 The Hedgerows of June

The town of Saint-Lô is an important Nazi transportation hub in occupied France and the experienced German Army is determined to defend it. An inexperienced American Army is equally determined to conquer Saint-Lô. The result is the Battle of the Hedgerows, one of the bloodiest battles of World War II.

A British spy, Chris Weymouth, and an American expatriate, Mary McCorkel, meet at the home of Jean-Claire, an aging French Resistance operative. She tells Chris they have been given the responsibility to reunite four children with their fugitive parents in Saint-Lô. Chris is reluctant to take the dangerous mission, but Jean-Claire tells him he has no choice. The OSS has ordered Chris to get the children to Saint-Lô for purposes he is not permitted to discuss with Mary. Mary has her own secret reasons for making the journey.

To get to Saint-Lô they must cross the treacherous French farmland known as the bocage, or hedgerows, and what will soon be the battlefield. While staying one step ahead of the attacking Americans and dodging the defending Germans Chris and Mary discover their lives are threatened not only by the war, but also by the secrets and deceptions they are sworn to protect. 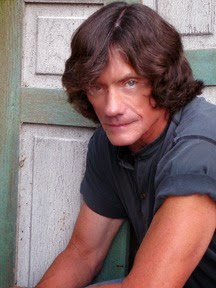 Ron Shannon discovered a passion for storytelling at a very young age: while listening to his teacher read the Charles Dickens’ classic A Christmas Carol to the overly-excited members of his sixth grade class. Later, he went on to study at Rutgers University in New Brunswick, New Jersey and graduated with the unlikely degree combination of accounting and English. Recently he completed his Master of Fine Arts in Writing Popular Fiction at Seton Hill University in Greensburg, Pennsylvania. Ron lives, daydreams, and writes at the New Jersey shore.