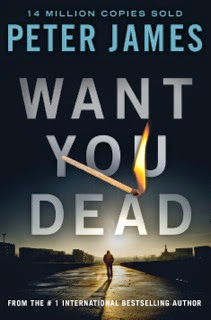 The 10th book in James' series, Want You Dead (November 18, 2014) is a gripping thriller featuring the definitive Brighton detective, Roy Grace. In this novel, a virtual romance blossoms into a terrifying obsession when the smoldering Red Westwood meets the handsome Bryce Laurent through an online dating agency. As their instant attraction solidifies, the truth about his past, and his dark side, begins to emerge.

For Bryce is obsessed with her, and he intends to destroy everything and everyone she has ever known and loved – and then her too. 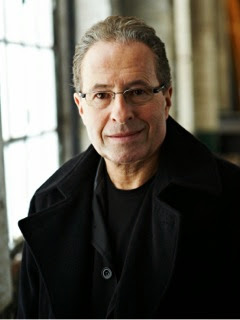 Peter James is an established film producer and scriptwriter, James (@peterjamesuk) lived in the U.S. for a number of years and produced films, including The Merchant of Venice, starring Al Pacino, Jeremy Irons, and Joseph Fiennes. A TV adaptation of the Roy Grace series is currently in development, with James overseeing all aspects, including scriptwriting, In 2009, James was awarded an honorary doctorate by the University of Brighton in recognition of his services to literature and the community. He is Patron of Crimestoppers in Sussex alongside Vera Lynn and in 2012 was made Patron of The Whitehawk Inn. In 2011, James became Chair of the Crime Writers’ Association. He has won many literary awards, including the publicly voted ITV3 Crime Thriller Awards People’s Bestseller Dagger in 2011 and was shortlisted for the Wellcome Trust Book Prize for Perfect People in 2012.

James’ novels have been translated into thirty-six languages and three have been turned into films. All of his novels reflect a deep interest in the world of the police, with whom he does in-depth research and has unprecedented access, as well as science, medicine, and the paranormal. James divides his time between his homes in Notting Hill in London and near Brighton in Sussex.


What they're saying about Peter James, #1 international bestsellingaAuthor with 11 million copies sold:

“James really knows how to plot a procedural thriller, and he enjoys a sly joke.”
—The New York Times Book Review

“James writes his books in crisp, short chapters that hop in and out of myriad characters’ minds… Convoluted plots and wildly inventive homicidal setups in rich supply.”
—
Houston Chronicle

“...With over 14 million book sales, there’s no arguing with James’ lethal talent but even by his stellar standards this terrifying, excruciatingly tense tale of twisted obsession is outstanding.”
—The Daily Record

Other novels in the Detective Superintendent Roy Grace series: