BOOK: Covenant: The Books of Raziel by Sabrina Benulis 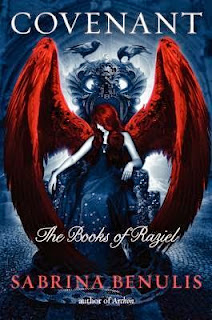 Covenant is the sequel to the haunting gothic tale started in Archon-a mesmerizing work of the paranormal in which a young woman discovers that she is caught in a labyrinth of intrigue where angels, demons, and all the creatures between Heaven and Hell will stop at nothing to possess her.
A year ago, Angela Mathers, a talented artist with a tortured soul, enrolled at the Westwood Academy and encountered the angels who haunted her dreams. Then she discovered the dark truth … she is the Archon, a being of supreme power who will determine the fate of the universe. But with such power comes great danger, and for every force seeking to aid Angela there is another burning to stop her. After a scheming demon kidnaps the Book of Raziel, Angela must find her way through a nightmarish game and enter the Door to Hell to rescue her only friend before it is too late.

The perilous fate of both Heaven and Hell rests on her success. 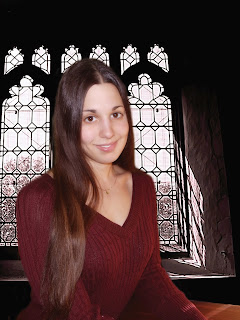 Sabrina Benulis graduated with a Masters in Writing Popular Fiction from Seton Hill University. She currently resides in the Pocono Mountains of Pennsylvania with her husband and a sweet but spoiled cockatiel. When Sabrina isn't writing, catch her reading a book, wasting time on YouTube, or better still, getting some much-needed sleep.

Buy the first two books of the Raziel series at Amazon.