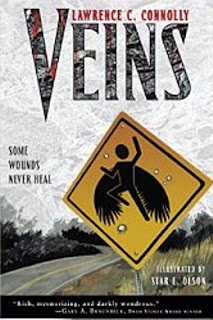 DESCRIPTION:
Fleeing from what should have been a perfect crime, four crooks in a black Mustang race into the Pennsylvania highlands. On the backseat, a briefcase full of cash. On their tail, a tattooed madman who wants them dead.

The driver calls himself Axle. A local boy, he knows the landscape, the coal-hauling roads and steep trails that lead to the perfect hideout: the crater of an abandoned mine. But Axle fears the crater. Terrible things happened there. Things that he has spent years trying to forget.

Enter Kwetis, the nightflyer, a specter from Axle’s ancestral past. Part memory, part nightmare, Kwetis has planned a heist of his own. And soon Axle, his partners in crime, and their pursuer will learn that their arrival at the mine was foretold long ago . . . and that each of them is a piece of a plan devised by the spirits of the Earth. 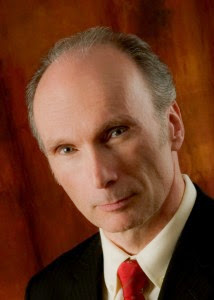 Lawrence C. Connolly’s Veins is now available for the first time in ebook and in a special second-printing from Fantasist Enterprises. This week (September 5-10), the ebook of Veins is on sale for 99 cents at Amazon, Barnes & Noble, Kobo, and Fantasist Enterprises. Download a copy today. Then fasten your seat belts . . . and enjoy the ride!

Lawrence C. Connolly’s other books include Vipers: Book Two of the Veins Cycle (which has also just been released for the first time in ebook and a new second printing), Visions: Short Fantasy & SF, This Way to Egress, and Voices: Tales of Horror. His stories have appeared in many of the major genre magazines and anthologies, including Amazing Stories, Cemetery Dance, The Magazine of Fantasy & Science Fiction, Twilight Zone, and Year’s Best Horror. Voices: Tales of Horror was a finalist for the Bram Stoker Award, Superior Achievement in a Fiction Collection. His next book, Vortex: Book Three of the Veins Cycle, debuts November 4 in print and ebook.