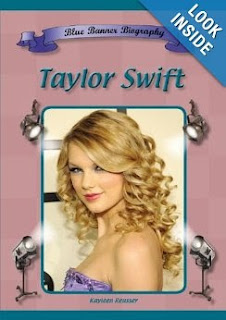 After publishing 9 non-fic children’s books with the same publisher, I chose to work with a new children’s book publisher for 2 titles that should be released in 2013 and 2014 (can't say much about the company or the books just yet). I can say that I’m excited about them as one is an ethnic cookbook for kids and the other a biography of a popular pop singing group (Guess who!?) 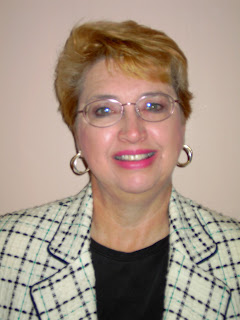 Kayleen Reusser has written 11 non-fiction children’s books, including biographies on Taylor Swift, Selena Gomez, and Leona Lewis; Celebrities Giving Back; Recipe and Craft Guide to Indonesia; and 3 books on Greek gods. She writes regularly for newspapers and magazines and has had several articles published in Chicken Soup books. She enjoys speaking to children and adults about the life of an author.

Taylor Swift gave up going to slumber parties at age 10 to sing at karaoke contests, fairs and festivals. When she was 11, Taylor sang for thousands of people at a Philadelphia 76ers basketball game. She also went door-to-door in Nashville handing out CDs of her singing and asking for record deals. But no one was interested.

Taylor Swift lived on a farm in an area of the country where country music was not popular. She often felt alone and isolated from people. It would have been easy to give up on her dream of being a popular singing star. But Taylor was determined to do what it took to make people notice her as a singer while still living with integrity.

Hard work and a firm belief in her talents helped the tall blond from Pennsylvania mold herself into one of the top singers and songwriters in the history of country music.

Find Kayleen online at these links: