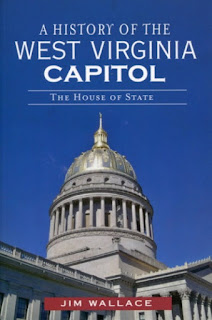 I have been a writer all of my professional life, but it took me many years to get a book I wrote published. For most of my career, I worked in radio news followed by a few years of newspaper reporting before going into public relations. I had many magazine articles published, I filed radio stories with networks in at least three countries, and I even edited a few books for other writers, but getting a book of my own published remained just a dream until a few years ago.

Initially, I wanted to write a novel set in a small town based on my Ohio hometown. That led me to investigate more of the town’s history. In 2007, a local history buff there came out with a book on the town’s history that was poorly written, poorly organized and riddled with errors. I decided I couldn’t let that stand as the definitive history of the community. So I proposed to another local history buff that we work together to write a better book. I would do the writing, and he would supply information from his research and many old photos he had gathered. We would figure out later how to get it published. Although self-publishing was an option, I was fortunate to have a friend tell me about The History Press, a firm based in South Carolina, that was interested in publishing books about local Ohio history. I pitched our book and received not only an enthusiastic response from the commissioning editor but also a contract with a deadline. 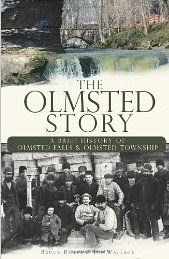 Several months later, in the summer of 2010, The Olmsted Story: A Brief History of Olmsted Falls and Olmsted Township, came out. It did well enough to place in Amazon’s top 100 books on Ohio history several times, once as high as #11. A year later, the commissioning editor contacted me again to see if I wanted to write a new book, perhaps something about history in West Virginia, my current home. I proposed the West Virginia Capitol as a subject and got a new contract with a new deadline. In the summer of 2012, A History of the West Virginia Capitol: The House of State came out, and I began a series of book-signing events around the state.

One of those events resulted in my meeting a literary agent. We had a nice chat during which I described a novel I had been writing on and off when writing local history books and life in general did not get in the way. She suggested I get that novel written and get back to her. Thus, years after putting a novel on hold to work on history books, I am working with more incentive than ever to get a different novel finished. I know I can write non-fiction books. I need to find out if I can write a novel.

The History Press has expressed interest in getting another book about local history out of me. But that will have to wait.

Jim Wallace is senior counsel for public relations at TSG Consulting in Charleston. He was the Charleston Daily Mail's statehouse reporter and news director of WV Public Radio. He was also news director of WWVA / WOVK radio and then public radio's Northern Panhandle Bureau chief.

A History of the West Virginia Capitol: The House of State
Even though the West Virginia Capitol deviated from the design of legendary architect Cass Gilbert, the iconic building is still considered a masterpiece. The full story of the Capitol is filled with twists and turns, from the fortunate fire that burned its predecessor to the tug of war between Wheeling and Charleston for the designation of state capital. Revisit the to-gild-or-not-to-gild debate that raged around the construction of the Capitol's signature crown, which once was in danger of collapsing on itself or toppling in heavy winds. Join Charleston author Jim Wallace for this captivating account of West Virginia's architectural jewel.

"A former statehouse reporter for The Charleston Daily Mail says he wants people to understand the full history of West Virginia's Capitol which was dedicated 80 years ago." --West Virginia Metronews Radio Network