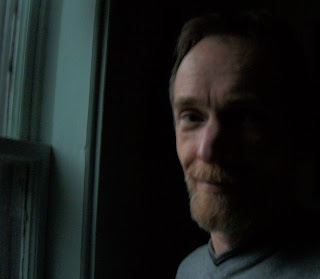 Scott Thomas
1. Which of your characters is your favorite?

2. Tell me about your travels.
I’m not much of a world traveler, I’m afraid. Not yet anyway. I’ve only been to the six New England states and Campobello Island, which is part of Canada. It’s not my passion for New England that’s kept me from journeying to other parts of America or places beyond. Circumstances have just never taken me very far. I’d love to visit Britain!

3. Coffee, tea, or milk?
There is hardly a waking moment that I don’t have a cup of coffee at the ready, though I don’t actually consume large amounts of the stuff. I take small sips, so one cup lasts a long time. I have been known to drink tea now and again, and I’m a fan of Chai. I once made my own ginger tea. I like various holiday herbal teas and have enjoyed peppermint and licorice tea. I very much like Earl Grey!

4. What else can you do besides write?
I’m an artist. It’s in the blood. I’ve also worked with clay. When in our 20s my brother Jeffrey and I made our own video movies, so I have experience acting, directing, making sets and props, creating horror makeup and gore effects, making miniatures, etc. I’m also a fairly good cook.

6. Pop culture or academia?
I have great disdain for the pop culture and its dreadful music, fashions, and television programming. And much of its mentality. I don’t know that you could really call me an academic, because I have no college history to boast of, though I have studied things on my own, subjects that include British prehistory and aspects of American history, herbs, neo-paganism, Colonial architecture, ships and battles of the Age of Sail, the development of cultures and other things.

9. Food you could eat everyday.
The cuisine of India!

11. What kind of music speaks to you?
I have very eclectic tastes. My top favorite musical folks would be the composer/violinist Arcangelo Corelli (1653-1713), Robin Williamson, and Elvis Costello. Others I am very fond of include the late Bill Morrissey, the late Stan Rogers, Sylvius Leopold Weiss (18th Century lutenist), REM, Steeleye Span, John Dowland, French film composer Phillipe Sarde (Ghost Story, Fort Saganne, etc), Enya, and Turlough O'Carolan a blind harper/composer of the 18th Century. One of my favorite musical recordings is an album called WAR, WAR, WAR by Country Joe McDonald setting the WWI poems of Robert Service to music.

Scott Thomas is the author of 8 short story collections, which include URN AND WILLOW, QUILL AND CANDLE, MIDNIGHT IN NEW ENGLAND, WESTERMEAD, THE GARDEN OF GHOSTS, and OVER THE DARKENING FIELDS. He is also the author of the fantasy novel FELLENGREY.

He has seen print in numerous anthologies, such as THE YEAR’S BEST FANTASY AND HORROR #15, THE YEAR’S BEST HORROR #22, THE GHOST IN THE GAZEBO, LEVIATHAN #3, OTHERWORLDLY MAINE, and THE SOLARIS BOOK OF NEW FANTASY. His work appears with that of his brother Jeffrey Thomas in PUNKTOWN: SHADES OF GREY and THE SEA OF FLESH AND ASH.

Scott and his girlfriend Peggy live in coastal Maine. 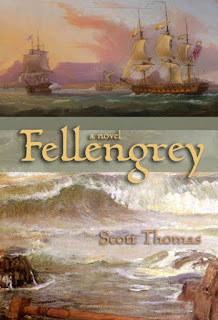 DESCRIPTION for Fellengrey: As a boy, Hale Privet dreamed of sailing the grey waters of the northern Gantic Ocean aboard a mighty ship of war. But when farm life kept him from the sea, the sea came to him – in the form of Rye Blackbird, the infamous mutineer whose wondrous tales help set Hale on his own path to adventure. And such adventures they are! Villains, mysteries, sea battles and even a cursed island await.