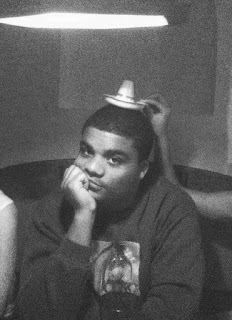 Mike Kleine
1. Which of your characters is your favorite?
2. Tell me about your travels.
3. Coffee, tea, or milk?
4. What else can you do besides write?

5. Who are you reading right now?
Katherine Dunn, she’s been on my to-read list for years. Also, Shane Jones.

6. Pop culture or academia?
I am fascinated by both.

8. Where do you find your inspirations to write?
Mostly music and film. I sort of go all out with that in Mastodon Farm. There’s music in almost every scene and the chapters/sections are like snippets from a film… I wrote a book that’s literally like the movies. Or as Noah Cicero puts it: “It’s like watching TV for 12 hours on a Saturday.” But it’s short, 126 pages. Not that bad, no?

10. Are you into sports or other physical activities?
I played football in high school and freshman year of college. I was kicker and linebacker. But usually, people are more interested in the kicker stuff. Mostly because I was the only “straight on” kicker in my conference (both in high school and college). But really, I’ve never been interested in sports.

15. Do you still watch cartoons?
No. Now it’s all about the Food Network.

Mike Kleine is an American author of literary fiction. He graduated from Grinnell college with a B.A. in French literature. Someday, he will begin his M.A. in English literature. He currently lives somewhere in the Midwest. Mastodon Farm (2012, Atlatl Press) is his first book. 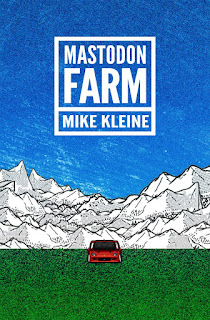 Outside: something resembling Godzilla attacks the city. At the party, 'Faith' by George Michael is playing and someone is telling you to consider changing apartments.