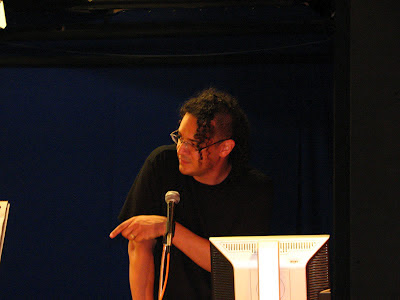 GUEST SPOTLIGHT - JOHN EDWARD LAWSON
John Edward Lawson is an author, editor, and publisher living just outside Washington, DC. He was born in 1974 and enjoys traveling. His poetry collections include The Horrible and The Scars Are Complimentary; fiction includes the novel Last Burn in Hell, seven chapbooks, and the collection Pocket Full of Loose Razorblades. While serving as editor-in-chief of Raw Dog Screaming Press and The Dream People webzine, John has also been editor of the anthologies Tempting Disaster, Sick, and Of Flesh and Hunger.

Spy on him at www.johnlawson.org.