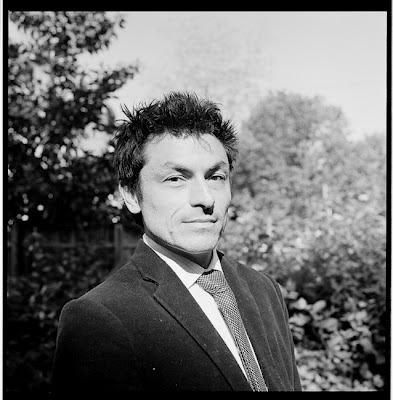 GUEST SPOTLIGHT - LELAND PITTS-GONZALEZ
Leland Pitts-Gonzalez studied Creative Writing and Ethnic Studies at San Francisco State University where he discovered the enormous possibilities of poetry, experimentation, and critical theory. He eventually earned an MFA in Writing from Columbia University on a merit fellowship. He has published fiction in Open City, Fence, Dark Sky Magazine, Drunken Boat, and Monkey Bicycle, among other literary journals. He is also the project director for an upcoming literary event series, Phantasmagoria, for which he received fiscal sponsorship from the New York Foundation for the Arts. He lives in Brooklyn, NY.

Spy on him at www.thebloodpoetry.com.