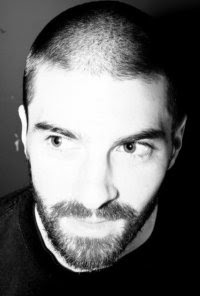 GUEST SPOTLIGHT - DUSTIN LAVALLEY
Dustin LaValley is an author, screenwriter and martial artist from upstate New York. His film Rise of the Ghosts, co-written with Robbie Ribspreader premiered at the FanTasia film festival in 2007 and was awarded Best Horror Film by the Wreck-Beach International Film Festival.

Spy on him at IMDB.