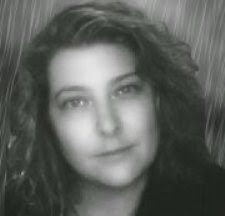 Jenn Nixon
1. Which of your characters is your favorite?
My favorite character, so far, is Tiva Boon. She’s a female Royal Guardian from the planet Abennelp. I created the character to play an online Star Trek Role Playing game and actively played with her for about 10 years. Over those 10 years her background and personality became so rich and “real” that I knew a story was just waiting to happen. I originally wrote a short story to flesh out her history but knew it wasn’t enough, so I went all the way back to the beginning and churned out two 145K novels just to tell her story!

4. What else can you do besides write?
I used to be a very avid Karaoke Singer and even won a regional contest several years back. I’ve been singing since grammar school and have never stopped!

12. Do you outline your stories or do they just take you along for the ride?
I am a total pantser, I write by the seat of my pants. I normally have a simple plot outline where I would like the book to go, and the main characters are often fleshed out with a background, personality and family, chock full of issues and flaws. From there, the plot tends to unfold as I write. Because I’m a panters the plot tends to change and shift a lot, but I enjoy learning about my characters through their actions and dialogue. Sometimes they take on a life of their own and totally change the story on me, but I go with it, because in the end, it’s usually better than what I originally wanted.

13. Celebrity crush.
My current crushes are Alexsander Skarsgard and Jason Mamo. They are…well, if you’ve seen them you know. Mamoa is my dream cast choice for Kenji in Lucky’s Charm even though I wrote the character before knowing what he even looked like!

Jenn Nixon’s love of writing started the year she received her first diary and Nancy Drew novel. Throughout her teenage years, she kept a diary of her personal thoughts and feelings but graduated from Nancy Drew to other mystery suspense novels. Jenn often adds a thriller and suspense element to anything she writes be it Romance, Science Fiction, or Fantasy. When not writing, she spends her time reading, observing pop culture, playing with her two dogs, and working on various charitable projects in her home state of New Jersey.

Find Jenn online at these links: 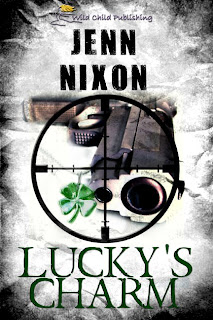 DESCRIPTION FOR Lucky's Charm:
To protect her family and find a killer, Felicia "Lucky" Fascino assumed her adoptive father's identity and joined the network of moral assassins to finish the job he began. Eliminating the man responsible for murdering her mother has consumed her for the last five years. Completing the job is the only way Lucky and her family can return to a safe and normal life. Lucky's uncle, Stephen Chambers, hasn't come close to tracking the killer. He announces he's stepping down as her handler to concentrate on the investigation and names Elizabeth, his daughter, as successor.

Keeping secrets is a family trait, and Elizabeth's addition to the business tests Lucky's ability to maintain the pretense that the job doesn't affect her despite the fact that all network hits are hardened criminals. While keeping her family at arm's length, Lucky begins to feel the weight of her career choice and reclusive lifestyle. Then a chance encounter with an enigmatic hit man during one of her jobs turns into a provocative and dangerous affair. Distracted by the secret trysts with Kenji Zinn and mounting tension within her family, Lucky starts to make mistakes that threaten her livelihood and almost claim her life. When her family is targeted, Lucky must make several rash decisions she believes can save them and preserve her own sanity.