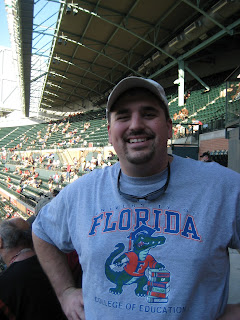 5. Who are you reading right now?
Hunger Games at the moment. I don't read a lot of YA, but the really good ones are fun, quick reads.

7. What is the toughest scene you ever wrote?
The end scene. Always the ending. I usually have to scrap whatever I write originally and write a completely new ending. I'm working on book 3 of the series now, which I plan to make the last in this story arc, though there may be more arcs in the same universe. I have a feeling that one will take some time to get right.

8. Where do you find your inspirations to write?
In general, I just love telling a story. Historical evens often inspire a story idea. There is so much to history than most people realize. It's usually not as dry as people think (though, some writers really try to make it that way).

The Aristeia series specifically takes a lot of inspiration from the American Revolution. I wanted to tell a story closer to reality. Where the heroes aren't perfect, the situation isn't always black and white and winning is equal parts skill and luck. To often stories involve larger than life characters, and the American Revolution has often been cast in this same unrealistic light. The people involved were just people, in the right (or wrong) place at the right (or wrong) time.

10. Are you into sports or other physical activities?
Playing myself? Not usually, though I would enjoy some basketball with some friends if I weren't so out of shape and old that getting together for a quick game took advanced planning and military like synchronization.

However,I love watching the Gators (University of Florida) play. Primarily football, but basketball is fun too.
11. What kind of music speaks to you?

12. Do you outline your stories or do they just take you along for the ride?
I have a rough outline of where I want the story to go in my head. Then everyday I write out an outline of the scenes I plan to write that day. I tried the big outline once but it didn't work. I kept trying to force the story to fit the outline, but it wanted to go in a different direction.

15. Do you still watch cartoons?
Whenever Futurama is on. I have a three month old, so I'm sure more cartoons are in my future.

As a child, Wayne Basta was introduced to science fiction at a young age by his father. Mainstream hits like Star Trek and Star Wars were followed by old Tom Swift novels and then classics like Asimov and Clarke. Growing up on Florida's space coast only served to fuel his imagination and love of space, science and adventure.
At the age of 9, his family got their first home computer, an old Macintosh Plus, and he immediately used it to start writing science fiction adventure stories. He continued writing as a hobby all the way through college at the University of Florida, where he initially pursued a career in the US Navy until an injury changed his plans. Wayne then spent several years teaching high school and working in the education non-profit sector before coming back to his old dream of writing.
Wayne currently lives in Houston with his wife, son, and dog. He remains a fan of geek culture, board games, video games, fantasy, science fiction and all around silliness.

Find Wayne online at these links: 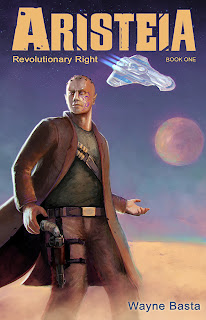 DESCRIPTION FOR Aristeia: Revolutionary Right:
The Alliance has always stood for freedom and democracy, but after winning control of the planets of the Confederacy, the Alliance’s vaunted principles have become secondary to its security. Disillusioned with the Alliance and its subjugation of its citizens, Maarkean, a former naval pilot and supporter of the Alliance, has become a smuggler. Despite the conditions he survives under, he nevertheless refuses to believe his sister’s notion that the whole system is corrupt… until she is arrested and jailed as a traitor.

Now, Maarkean must decide where his loyalty lies, and will either spark a rebellion or crush the spirit of democracy once and for all.

Written in the spirit of heroic space adventure, Aristeia; Revolutionary Right is the first book in a series that explores the essence of resistance, loyalty and friendship. 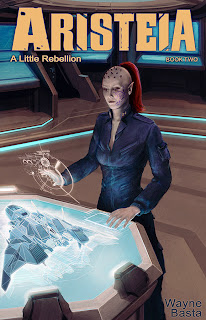 DESCRIPTION FOR Aristeia: A Little Rebellion:
Unlike her brother, Saracasi Ocaitchi has always known that her loyalties belong to the ideals of freedom and democracy, not the government of the Alliance, and that protecting those ideals would require a fight. But now that the rebellion she has dreamed about has finally begun, she must come to terms with what that truly means: for herself, for her brother, and for all of the people who will die in the coming war.

Winners will be chosen via random drawing from among all participants. How can you enter, you ask? There are several ways. For each of the following that you do, you will be entered into the drawing. You can enter as many times as you like.
• Leave a relevant comment on my blog (http://waynebasta.com) during the remainder of the contest. That’s it, make a comment that contributes to a day’s given blog discussion and you’re entered. (No spam posts you dirty spammers)
• Participate in the Aristeia Blog Tour. This will net you 5 entries.
• Participate in the Pre-Launch Purchase Blitz. This will net you 5 entries.
• Tweet about the book to your friends on Twitter. Use the hashtag #Aristeia. (Max 5 Tweets over the contests run per entry, I don’t want to be the cause of Twitter Spam. But you also one entry per retweet your tweet gets)