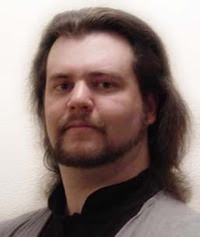 4. What else can you do besides write?
Where do I begin? In addition to writing, I can also act, voice acting and impersonations, sing, play a myriad of musical instruments, compose music, website programming (I program my own website using HTML and Javascript), home and auto repairs, and cook. I tried drawing, but my attempts didn’t turn out too well. I guess you can’t do everything!

7. What is the toughest scene you ever wrote?
I have a scene toward the end of my second book, Alone in Paradise, that involves an extremely harsh interaction between Anna and a group of space pirates. I don’t want to give too much away, but the scene makes me want to step in and save her. That doesn’t happen very often.

11. What kind of music speaks to you?
Soundtracks from my favorite movies and TV shows really get into my head and inspire me. Some of my favorites include Babylon 5, Braveheart, Dragonheart, Star Wars (all 6 movies), and Tron: Legacy.

12. Do you outline your stories or do they just take you along for the ride?
I do a little bit of both. I outline certain milestones that I want the story to reach. The rest of it just forms organically. The directions the story takes surprise me sometimes.

13. Celebrity crush.
Kate Beckinsale, period. You can never go wrong with a movie that has Kate in it. In fact, she is a direct influence on a character that appears in my second and third books.

15. Do you still watch cartoons?
Yes, but I am rather picky about which ones I watch nowadays. The main ones I try to catch are Star Wars: Clone Wars, Thundercats, Family Guy, American Dad, and Robot Chicken. (Does Robot Chicken count as a cartoon?)

Patrick Stutzman has always enjoyed writing and literature, even during those long, laborious essays required throughout his education. Evidence of his desire for writing began in the fifth grade, when he wrote and directed a play for his class.

While in college, he combined his writing skills with his gaming hobby to create an expansive roleplaying game universe that continues to inspire him today. In many ways, it was this exercise that led him to become a professional writer.

In 2005, Patrick finally made the pilgrimage to Gen Con in hopes of gaining employment as a freelance writer and game designer and succeeded in joining the freelancer pools for two gaming companies: The Game Mechanics and Wizards of the Coast. Under the leadership of Rodney Thompson, Patrick proved himself to be a professional designer with his work for the Star Wars Roleplaying Game, Saga Edition product line. His credits include a total of 5 books, including the award-winning The Clone Wars Campaign Guide, both official Gen Con adventures for the Saga Edition rules, and several articles for Wizards’ Star Wars RPG website.

After Patrick finished his work on what would be the last book in the Star Wars RPG product line in 2009, he decided to turn his attention to his own projects, resulting in his first novel, Alone on the Edge, two sequels, and several short stories.

Today, Patrick continues to devote a portion of his time as a freelance game designer for companies such as GMSarli Games, Super Genius Games, and The Game Mechanics. However, he focuses primarily on his own works. 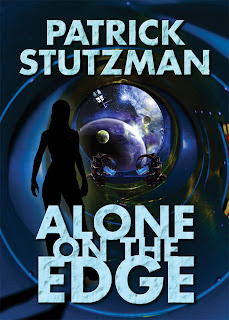 DESCRIPTION FOR Alone on the Edge:
After accepting a job as a robotic engineer that sends her to a mining station at the edge of explored space, Anna Foster finds that her position is not what she expects and must adjust to life as the only living being aboard, struggling to keep her humanity while a relentless computer lords over her existence. But, the discovery of a secret could prove to be the key to her freedom.