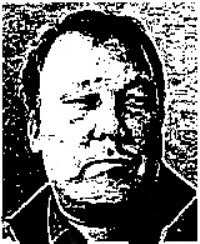 1. Which of your characters is your favorite?
My favorite of my own characters is probably Mike Menger, a cantankerous, drug-dealing mystery wrapped in an enigma from my novel GRAY LAKE. Mike is a war vet, a burn victim, a twisted soul, a conflicted soul. He actually means well at times, but he also has … let’s just say he also has a nasty oral fixation. His current whereabouts are unknown, after the events chronicled at the end of GRAY LAKE, but I have a feeling we’ll be hearing from him again!

2. Tell me about your travels.
I lived in Germany until I was four years old and, even though we lived in a house trailer, I got to go back there every summer while I was a kid - sometimes more than once a year. My mom was a travel agent when I was a kid and I got to go all over the place - Jamaica, all over the States. I think having a wide variety of experiences as a kid really colored my fiction. These days, however, driving three hours to Chicago is a big deal.

4. What else can you do besides write?
I can and do teach. Which sounds boring but isn’t. If I wrote a bestseller or won some other form of lottery, I’d probably still teach a class or two. I like the idea of having that life-long effect on someone.

5. Who are you reading right now?
I’m writing an academic paper for a book on road stories. My paper focuses on “The Dark Side of the Road: American Road Narratives in The Popular Dark Fantastic”. So I have my nose in everything from The Stand to American Gods to Blake Crouch’s Run and his and Joe Konrath’s serial killer novels. The book’s going to be called Highways Through the Heartland: American Journeys and Great Road Trips, a collection to be published by Salem Press and Ebsco. Watch for it!

7. What is the toughest scene you ever wrote?
I think the opening scenes to GRAY LAKE were probably the toughest. They’re based on a supernatural occurrence I may or may not have really experienced - I certainly think I experienced it, but it could have been … unreliable sensory information or something. In any event I frequently teared up and had other physical reactions while writing them. I probably haven’t ever been as particular about any of my other writing - the fine tooth comb was finer there than anywhere else. Anyone who wants to read them can find an excerpt at my website, DavidBainBooks.com.

David Bain is a community college English professor and author of several story collections with well over 100 publications in venues as diverse as Weird Tales, Strange Horizons, Poems & Plays and Pathways--a prominent d20 (Dungeons and Dragons) webzine. Find him online at DavidBainBooks.com. 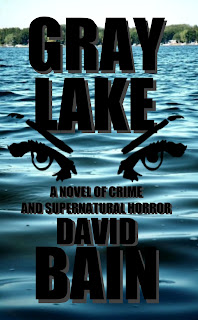 DESCRIPTION FOR Gray Lake:
Teenage friends Brian and Iggy suddenly find themselves living the ghost stories and urban legends they love one night as they watch a car drive across the moonlit surface of GRAY LAKE.

At the same moment, in the marshes to the north, the battle for dominance over a troubled gang of small town meth dealers begins.

For Iggy, the car’s arrival heralds a downward spiral as he dreams of its sometimes lovely, sometimes ghastly occupants chauffeuring him into murky depths.

For Brian, it issues in a season of dark love in the form of Maya, a devastatingly beautiful but strangely enigmatic girl he meets on the lakeshore.

Soon the mysteries of the ghost car, coupled with the unstable gang members’ obsessions, will drive Brian, Iggy and others toward fateful choices, hurtling headlong into a violent and deadly showdown on the spectral shores of Gray Lake. 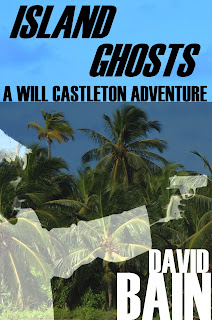 DESCRIPTION FOR Island Ghosts:
Available free anywhere ebooks are sold, "Island Ghosts" is a riveting introduction to David Bain's Will Castleton series. In this short story rescued from the pages of the out-of-print hard-boiled DIME detective anthology, "slightly psychic" U.S. Marshal Will Castleton finds his tropical vacation is no escape from his past. Following a vision of her impending death, Will must race time through a hurricane to save a woman's life, the reporter who cashed in on the tragedy resulting in his psychic abilities hot on his trail. "Island Ghosts" also appears in David Bain's collection THE CASTLETON FILES: FIVE ADVENTURES. Watch for DEATH SIGHT, the first novel in the Will Castleton series, coming this summer.