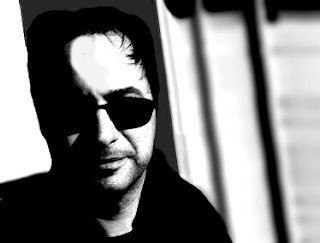 1. Which of your characters is your favorite?
Ray Pulaski from my first novel, Fizz, a true Everyman, only in self-animated form. Second to Ray would have to be Airplane Novel's narrator, the South Tower of the WTC. I almost feel we're friends.

2. Tell me about your travels.
I'm from Michigan. My first move should have been my last, to the overly-popular-to-bash Los Angeles. From there, one mistake led me to Washington, D.C., another to Denver, and the most recent to Florida. I'm trying to escape Florida like a jailed Houdini. The west is the best.

5. Who are you reading right now?
I like to keep one novel and one nonfiction selection at a time as my pace, but that never lasts long. So at the moment, I'm variously reading Black Money by Ross MacDonald, Celan & Heidegger: An Unresolved Conversation by James K. Lyon, Exercises in Style by Raymond Queneau, and Conquest of the Useless by Werner Herzog. I'm really enjoying MacDonald's novel; I haven't read a page-turner in years.

7. What is the toughest scene you ever wrote?
That would have to be the climax, literal and otherwise, of Airplane Novel, i.e., the collision of the plane with the South Tower.

12. Do you outline your stories or do they just take you along for the ride?
Until now, I've conducted research and prepared extensive notes for months before beginning to write, but I never used outlines. I felt that if I didn't know where things were going, the reader couldn't guess. But my next novel will depart from that path. This time, I plan a detailed outline and up to a 50,000 word treatment before writing the first page. There's no way to top Airplane Novel other than to head the opposite direction, so next time the emphasis will rest on pure storytelling. That's why I'm reading the MacDonald novel. But don't think I'm next writing a crime, mystery or even science-fiction novel, because only one guess would be right.

Paul A. Toth lives in Florida and, aside from his work as a novelist, writes short stories and poetry, a well as the occasional nonfiction piece. His short fiction and multimedia work have been widely published, with credits including The Barcelona Review, Mississippi Review Online, Iowa Review, and many others. 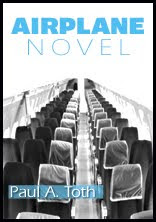 DESCRIPTION FOR Airplane Novel
I am the South Tower. This is my story.

You must use extraordinary measures to tell an extraordinary story. This book might be a novel and it might not be a novel. The characters might be real and they might be fictions. Many of the events described happened or they did not.

Rules will be broken.

Our narrator is not a person. It is a building; the South Tower of the World Trade Center, whose height and thousands of windows provide the first truly-panoramic view of 9/11. Sometimes the only way to learn the truth is through fiction.

Comic and tragic, wailing and railing, fantastic and hyper-realistic, Airplane Novel portrays the South Tower to be "more human than human" and the perfect spectator of its own spectacle. 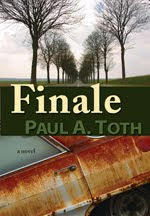 DESCRIPTION FOR Finale
When Jonathan Thomas receives a threatening letter apparently sent by an ex-girlfriend, he pursues the sender but finds himself unraveling another mystery he would have better left unsolved. Finale tells the story of this wanderer's journey to a faultline deep within himself.

The chapters descend from eight to zero as Jonathan travels from his most recent lover to first, finally reaching zero when he leaps into the fissure that divides him. Between lovers, internal "earthquake" chapters rise in magnitude from 1.0 to 8.0.

The lovers include: Mary Whitcomb, a Zelda Fitzgerald double now selling endangered turtle eggs; Azal, who forces Jonathan to visit her father's grave wearing the dead man's clothes; Kerrie, ex-speedfreak and comic book junky; Marnie, a future soccer mom whose seductive and very white mother has deemed herself an honorary African; Chartrise, a psychic waiting with bad tidings; Caitlin, on the way to nunhood; and Holly, who invites Jonathan and the other lovers to his "funeral." Will the funeral startle Jonathan out of self-deception, or lead to knowledge he never should have gained?