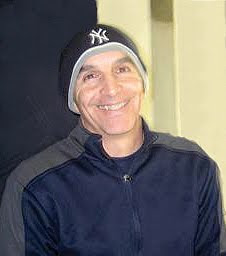 1. Which of your characters is your favorite?
Well, I'd really like to meet Janie in "CPR for Dummies" but the character to which I'm most attached would be Allie Romano from "Darker Shade of Green." Damn, when you consider how long ago the first version of him came to life, he's probably older than many people who read that book. However, I'm just starting a new novel called "The Girl With the Monkey Wrench Tattoo" and the lead - named Grace, as of now - just may end up being my: Favorite. Character. Ever.

3. Coffee, tea, or milk?
Organic coffee with coconut milk creamer? Yes, please. Green tea? Yes, please. Cow's milk? No thanks. It's for cows. The biochemical make-up of cow's milk is perfectly suited to turn a 65-pound newborn calf into a 400-pound cow in one year. Personally, I prefer beverages that don’t require rape.

5. Who are you reading right now?
No more than two hours ago, I took out "The Bell Jar," by Sylvia Plath, from my local library.

8. Where do you find your inspirations to write?
I dunno...ecocide, perhaps?

12. Do you outline your stories or do they just take you along for the ride?
One of the greatest joys I find in writing fiction is that - as opposed to all my non-fiction writing - my novels are chaos. They're all about thinking less and feeling more.

Born and raised in Astoria, Queens where he currently lives with his wife Michele, Mickey Z. is probably the only person on the planet to have appeared in both a karate flick with Billy Blanks and an anti-war book with Noam Chomsky. Mickey Z. is the author of five nonfiction books, several of which have been translated into Italian: 50 American Revolutions You're Not Supposed to Know, The Seven Deadly Spins, A Gigantic Mistake, The Murdering of My Years, and Saving Private Power. His nonfiction, short fiction, and poetry have appeared regularly in a wide range of online and print publications and anthologies, including: New York Daily News, Veg News, Poets and Writers, Village Voice, Chess Life, Guerilla News Network, Black Belt, What Would Bill Hicks Say?, Tutto in Vendita, Underground, and many others. Mickey has also served as Senior Editor of Wide Angle (2002-04) and Editor-in-Chief of Curio (1996-98). Screenplays he has optioned include A Saint in the City, Second Option, and The Pride. He is the recipient of two writing grants from the Puffin Foundation (2003 and 2005) and a Fellowship in Non-fiction Literature from the New York Foundation for the Arts (1997).

Armed with only a high school diploma, Mickey Z. has spoken and lectured in venues ranging from Yale University and MIT to ABC No Rio and the Broadway Branch of the Queens Library. Newsday calls Mickey Z. a "professional iconoclast." Time Out New York says he's a "political provocateur." To historian Howard Zinn, he's "iconoclastic and bold." He was also known as the "underground poet" for hanging his words in the NYC subways. Mickey Z. maintains a popular blog, "Cool Observer," and can be found on the Web at http://www.mickeyz.net.

He’s a priest; of course he hesitated when he realized he was about to hit someone with a crucifix.

I needed to believe someone higher than the government was in charge of things so I went to church.

“We are here to, like, honor your loins and everything,” said Ruth.

The world is creeping towards destruction—no, not theoretically—it’s really happening. In these last hours will humanity come together to correct their collective wrongs? Or will there be rampant beatings and kinky sex?

A group of strangers are brought together by synchronicity to answer the age-old question: you lookin’ at me, punk? The answer entails the comeuppance of the rich, police brutality, aerobic instruction by the Messiah, sexual slavery, and mutating genes.

(Is this sounding good? I hope so. It’s not easy writing these. I’m just a corporate monkey trying to snag your hard-earned dollars but don’t let that get in the way of buying this book. Did I mention SEX yet?)

Author Mickey Z’s experimental tour-de-force is a funny, challenging deconstruction of the concept of the “novel” as well as life in the United States of America.

DESCRIPTION FOR A Darker Shade of Green
J.T. is a sensitive but privileged 12-year-old who's runaway to New York City. He soon comes under the guidance of Allie Romano, a homeless man who stays afloat by challenging people to chess and scamming book clubs for free books to sell. Allie quickly becomes a teacher and mentor for J.T. setting off a chain of events that just might explain how an American chess champion could wind up wanted by the FBI for "eco-terrorism." Told in a documentary style, this manifesto/expose weaves internet posts, diary entries, quotes and interviews to tell stories within stories. The reader, much like J.T., has a lot to learn. Award winning author Mickey Z. brings an unrelenting compassion to the troubles of our modern world, pointing us in one clear direction: It's time to embrace a darker shade of green.

- https://twitter.com/RDSPress
Posted by Heidi Ruby Miller at 7:49 AM