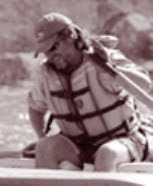 2. Tell me about your travels.
November, the Go Love tour crossed the Mississippi into Carolina, cruised the Outer Banks in a hard rain, down through Wilmington to Sunset Beach where I slept within a rock's throw of the breakers, through all of South Carolina in pitch dark (the best way), hit the Georgia Pig outside Brunswick for killer barbecue, then west toward Dothan, Alabama where the earth's premier peanut-fest went down in full splendor, south to Ocala where the author of Purple Jesus introduced me, then scenic 75 to A1A up to St. Augustine, where I made offering and prayer to Nuestra Señora de la Leche y Bien Parto, sweet lady.

4. What else can you do besides write?
Say, "I’ll shit on you from the highest tree" in Russian; trap and cook rabbit ten ways; raise chickens; eggs any way you like’em; dress road-kill venison into chili; site the four visible moons of Jupiter with the 3X9 scope of a .30-ought six; finish concrete; compose bouillabaisse or curry–what’s in between; row whitewater; set, bait and run trotlines; spring and summer garden; run hurdles; shovel; sing Lakota.

9. Food you could eat every day.
Mexican + Fish = Fish Taco.

Michael Gills’ first collection of short fiction, Why I Lie, was published by U. of Nevada Press/2002. It won a Utah Book Prize, was a finalist for the Arkansas’ Porter Prize and was chosen as a top literary debut by The Southern Review. A second collection, The Death of Bonnie and Clyde, will be out from Texas Review Press in October 2011, the title story of which won Southern Humanities Review’s Hoepfner Prize for the best story published there in 2010. A third collection of stories, Eternally Yours, is currently on the market. Gills has published more than forty short stories, received 25 Pushcart nominations, and held the Randall Jarrell Fellowship at the University of North Carolina. He holds additional degrees from the University of Arkansas and the University of Utah where he earned the Ph.D. His fiction has appeared or is forthcoming in New Madrid, Boulevard, The Texas Review and elsewhere. A Utah Established Artist grant recipient, Gills is currently Associate Professor/Lecturer of writing and core faculty for the Honors College at the University of Utah. Go Love is his first novel. 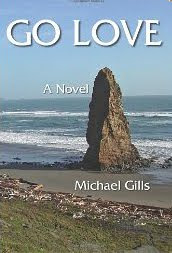 DESCRIPTION FOR Go Love (novel)
Josephine Stepwell Harvell is certainly not lucky in love; from Buddy Washer, the Arizona mistake, who got her pregnant and then got arrested trying to smuggle weed in the belly of a Santa Claus suit, to O.W., a truck driving brawler who pawns everything including her sewing machine to cover bets, Josephine knows that love isn’t easy. Go Love’s muddy relationships finally twist together amidst the weirdness of a southern funeral in Lonoke, Arkansas, a place where housewives string cottonmouth water moccasins from tree limbs to tease out rain, or to make a man impotent for cheating. Anything at all’s possible in such a place. Just as the African women shout out during the funeral, go love is the command the novel’s inhabitants must finally live by, even when life offers up a truckload of reasons to do the contrary. Even if it kills us—go love. 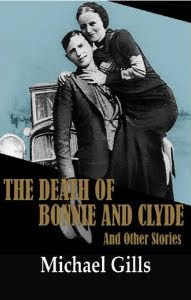 DESCRIPTION FOR "The Death of Bonnie and Clyde" and Other Stories
“The Death of Bonnie and Clyde” and Other Stories follows the trail of its wayward characters down the Delta back roads, crossing paths with Hernando DeSoto--hands bloodied by the indian slaughters--hitchhikers and thieves, UFO’s, concrete finishers, naked fishermen, a lusty cheer squad caught and confessing in the midst of a killer tornado, and trash telescope salesmen on the day after Christmas–all saintly guardians of the human heart. From the Florida Coast up through the Carolinas and over to Arkansas’ Ozarks, Bonnie and Clyde blazes a trail of love and deceit, hard liquor and the revelation of what it’s like to be free and wild and in love on this earth. 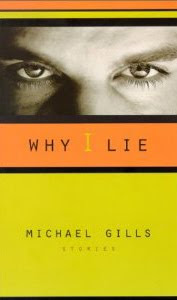 DESCRIPTION FOR Why I Lie (story collection)
Why I Lie tells the painful and hilarious story of a down home Arkansas boy's efforts to make good. Jack Smith, the protagonist of this story cycle, is an unwilling ne'er-do-well, from "people who ate roadkill, whose hearts got broken early on and stayed that way," for whom "being poor was a way of thinking, a mindset you couldn't outrun with a suitcase full of money." The ten stories in this powerful collection trace Jack's ongoing attempts to outrun the violence and tragedy of his past and create a viable life-despite a native state that often traps its rural poor.

The road to Jack's future self is as convoluted as a Delta bayou and as colorful as an Ozarks' autumn. He inhabits an uneasy world where memories of the integration of Central High in Little Rock are still raw, and blacks and whites regard one another with suspicion and bitterness; where family ties bind tightly, no matter how difficult to love one's family may be; where freshly fried fish and hushpuppies and sliced tomatoes, washed down with ice-cold beer, constitute one of life's greatest pleasures; and where fate is never generous to the poor. Rich in insight into the human condition and fraught with the shimmering power of Gills' unique voice and perception, these ten linked stories reveal Jack's capacity for sympathy and his capacity-all of ours-to go crooked.

Gills has sipped at the fountain of magical realism, and one can see in his stories the influence of those southern masters from Faulkner through Fred Chappell and Lewis Nordan. But the Arkansas folk he depicts are his own, as is the hard-scrabble, chaotic world they inhabit. Gills is a talent to be watched, and these engaging stories will delight and move their readers.

Posted by Heidi Ruby Miller at 8:22 AM