This week I'll be featuring the debut authors from Grit City Publications (GCP), an independent publishing group of emotobooks, the first fiction medium designed exclusively for tablets. Our creative teams immerse our fans in the thick tapestries of amazing stories and visualized character emotions. This winning combination of fiction and art enraptures the soul, and proves: Emotobooks are not a pastime; they’re a way of life. 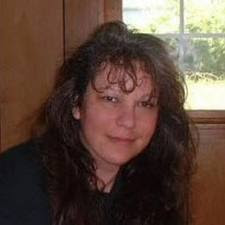 1. Which of your characters is your favorite?
Swing Zone has a really large cast of characters, so it's hard to pick just one, but my bad boys get a lot of love from me in my serials. I don't think I can write a book that doesn't have at least one or two really underhanded people in them. There's something deliciously fun in writing intelligent, cunning men, especially when they're up to no good.

2. Tell me about your travels.
I once drove coast to coast on I-40 alone. Having never been further west than Philly, that was an amazing experience. I think my eyes watered a dozen times on that trip. Photographs don’t do dimensions justice, so I found myself a little overwhelmed the first time I saw mountains and the desert. There really is a feeling of immense freedom when you're on the open road. For a writer, it's like a vast visual display of possibilities. Every little town I passed had me wondering what life must be like there. Location has so much to do with your fate. It alone can be the difference between hard luck and happiness. That thought has always intrigued me.

6. Pop culture or academia?
I'm a net culture person, which seems to fall somewhere between the two. One minute you're on a site reading about particle physics and the next minute you're watching a video of a cat barking. I love that combination. Being highly creative and fiercely adverse to structure, I never did well in classrooms, but the net invites free and independent exploration, allowing me to learn more than I ever could have in school, and in between that...there’s rage comics, trololo and nomnoms. Digital pop culture at it’s finest!

7. What is the toughest scene you ever wrote?
I had to write a fist fight for one of my novels, and I ended up enlisting the help of a friend in theater who choreographed it for me. I learned a lot from him about how the body and mind reacts in a fight and how to show both swings and results. Otherwise, it probably would have been two guys shoving each other's shoulders. I...didn’t have a lot of experience with fights.

12. Do you outline your stories or do they just take you along for the ride?
Both, really. I start with good characters and a vague outline and work the story back and forth like an acrostic puzzle until all the pieces fit. Characters do try to dictate the direction of my stories, but since drama and adventure always comes first in serials, they don't always get their way. If there's a dark spooky cave, you're going in it despite all sensibilities. No serial writer is going to listen to a character saying, "I don't think I should walk too close to the edge of that cliff."

13. Celebrity crush.
Oh gosh...Colin Firth. I've loved him ever since he played Darcy in the mini series version of Pride and Prejudice. I got to meet him while he was here in Durham working on 'Main Street.' Incredible actor. Gorgeous man. Well worth wasting one of my questions on! I’ve also been in love with Joanna Lumley for the past twenty years, so I’ll put her down as my girl crush.

Find Jodi online at these links: 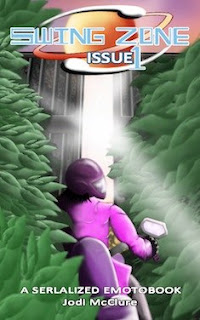 Mia’s archeological find forces her to challenge the status quo, which places her in the middle of a larger conflict. On one side is her brother, Colonel Zavier Blancharde in her home city of Freedale, the seat of militaristic power and technology. On the other side, Coltis Lawson is an attractive archeology enthusiast in the rural community of Lakeside. His almost magical abilities confuse Mia's loyalties, as she finds herself unwittingly falling for a man who embodies a principled, but duplicitous nature.

A delicate accord between the two cities has ensured a peaceful coexistence, but tensions rise as renegade activists from Lakeside challenge the powers of Freedale. Impassioned blows of battle always appear on the horizon, which threaten to crush all hopes of a maintained peace.

Torn between the powers of love, her family, and her city, Mia must uncover the truth and avoid getting trapped on the wrong side of a perilous line.