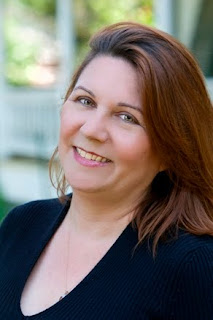 1. Which of your characters is your favorite?
I’d have to say Blade, hands down. The character was heavily inspired by Errol Flynn. Flynn was a bit of a real-life adventurer who didn’t take his movie hero role too seriously, once abandoning Hollywood to fight in the Spanish Civil War. When I created Blade in 1984, the recently re-released My Wicked, Wicked Ways was a popular school bus read. In the years since, he has evolved from a tongue-in-cheek homage to Errol Flynn into a character whose depth and self-effacing humor never fail to bring a flutter to my heart or a smile to my lips.

4. What else can you do besides write?
I started out with the idea of pursuing acting, but I got distracted by the behind-the-scenes stuff of film and television. I spent twelve years with dual careers as a freelance writer and working technical positions for television crews doing audio, utility, stage manager. I ran audio for bands. I hired television crew for remote shoots. I trained public speakers. I wrote and designed multimedia productions, dabbled in graphic arts. I even started my own magazine many, many years ago. That’s just part of my professional resume! If I listed my hobbies we’d be here all day!

6. Pop culture or academia?
A mix of both. I’m not into reality television or the singing or dancing shows, but I do enjoy good sci-fi and certain sit-coms and dramedies like Big Bang Theory and Castle. Actually, I got into Castle before Firefly, if you can believe that! I do love to heckle the theoretical physicists who show up on my TV screen and espouse unproven scientific theory as gospel, while pooh-poohing former scientific gospel as busted myths.

11. What kind of music speaks to you?
All kinds! Music is a big thing in our house. We pride ourselves on our eclectic tastes. My husband likes female torch singers and I tend to like crooners. You’ll also find singer/songwriters, classic rock, 80’s pop, New Romantics, Celtic Rock, and current top 40 on my playlists. I’ve attended concerts by Alison Krauss, Peter Frampton, Mary Chapin Carpenter, The Wiggles, Duran Duran, Christopher Parkening, The Rolling Stones, Paul McCartney, Moody Blues, Pat Benatar, The Black Watch Pipe and Drum Corps…far too many artists to name here.

13. Celebrity crush.
Blade Devon. No, seriously, I don’t really crush on celebs anymore. After working in television for a number of years, I’ve had the opportunity to meet and work closely with a lot of celebrity crushes, only to end up disillusioned and disappointed in many cases. There have been a few exceptions, though. I think it’s my disenchantment with the idea of celebrity that inspired me to make Blade a celebrity. I’ve worked with celebs at all stages of their careers, occasionally, the same celebs at different stages, and there seems to be a predictable cycle that fame follows. I find that cycle and its effect on the people caught in it more fascinating that the celebrities themselves.


4. Who are the biggest influences on your work?

15. Do you still watch cartoons?
Of course! I have small children! They provide the BEST excuse to watch cartoons! My husband and I have introduced our children to the wonderful world of classic Looney Tunes and passed on our appreciation of Yosemite Sam and the Tasmanian Devil.

Thank you so much for hosting me today Heidi, and letting me take part in your PICK SIX! This has been a hoot and a half!

JC Cassels, a native of Tampa, Florida, traces her lifelong fascination with SF/Adventure to watching Star Trek on a tiny black and white portable television aboard the family boat as a child. The Space Opera trend that followed the release of Star Wars fed an obsessive need for swashbuckling adventure set in deep space. Today, JC feeds that need by writing her own adventures, heavily inspired by 1960's television shows like Star Trek, Mission: Impossible, and Wild Wild West and fueled by Firefly reruns.

Find JC online at these links:

GIVEAWAY:
One lucky reader commenting on this post will be chosen at random for a FREE e-book copy of SOVRAN’S PAWN. 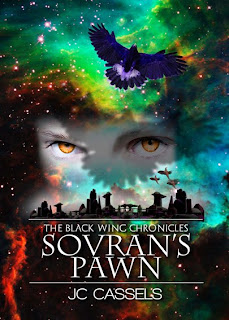 DESCRIPTION OF Sovran's Pawn:
BO BARRON is the pawn in two Sovrans’ struggle for power. As the Chief of Barron Clan she commands the Black Wing, a strategic asset crucial to the balance of power in a Commonwealth in contention. That’s the reason she was falsely convicted of treason and sentenced to be executed. Instead of letting her meekly go to her death, Bo’s people risk all-out war by breaking her out and smuggling her into hiding. It’s what they do. They’re pirates at heart.

But if she can’t be killed, she can be manipulated. How? By kidnapping her father. If Bo wants him back she has to take on a false name and steal the schematics for a phase weapon being auctioned off to the Sub-socia at a Five Point tournament.

BLADE DEVON knows all about false names. He has more than his share. As Darien Roarke, he’s a well-known Five-Point player. If Blade is willing to use his alter ego to retrieve those schematics, the Inner Circle is willing to overlook the fact that he’s technically a deserter.

A botched assassination under the guise of a bar brawl leaves Bo blind and Blade wondering if there isn’t more to this job than he was led to believe. Never able to resist playing the hero, Blade tends her injuries and delves deeper into the intrigue only to find this mission isn’t about a weapon at all.

The catch is, no one and nothing are what they seem….