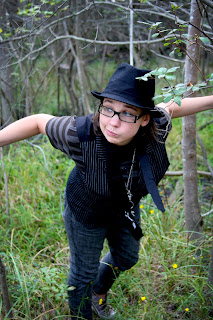 
1. Which of your characters is your favorite?
2. Tell me about your travels.
3. Coffee, tea, or milk?

4. What else can you do besides write?
Well, I can list all the states in alphabetical order - but that's much more of a party trick than a resume point. I'm a stand up comedian full time - which goes hand in hand with a very different sort of writing - but is certainly a skill set all its own.

8. Where do you find your inspirations to write?
Everywhere. For this particular book - I was writing a non fiction memoir so obviously, I was drawing from my life in a lot of different, obscure ways and I still do that when it's fiction. I try to create characters that people feel like they know and could recognize in their own lives so I see elements of those people every day out in the world.

11. What kind of music speaks to you?
I am an unapologetic, die hard country music fan. Though I want to be clear here and say that I'm not referring to the redneck, bubble gum, flash in the pan stuff that's all over the Top 40 list right now. There are still, of course, a few artists on today's mainstream playlists that I can get behind but the majority of the music that I love was made before 2000.

12. Do you outline your stories or do they just take you along for the ride?
I think I always have a rough picture in my mind of where a particular story is going to go but I love when it surprises me.

13. Celebrity crush.
Can I say Kermit the Frog? That's who I'm going with.

14. Who are the biggest influences on your work?
Jim Henson. Jokes aside, it's true in every aspect of what I do and what I try to do. He was a creative force in every sense of the word -- and I love his philosophies on art and life and everything in between. I learned my first lessons in comedy from Jim & The Muppets and I continue to turn to them for new lessons all the time. 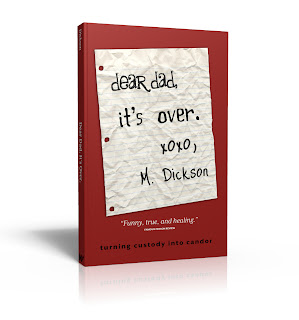 M. Dickson is a jaded optimist. The glass is still half empty – but the juice is friggin’ delicious. A regular contributor to MTV, M has also been seen on Last Comic Standing, CBS Sunday Morning, WE tv’s Cinematherapy, All Night With Joey Reynolds, Fox News Live and Us Weekly’s Hot Stuff. She can be heard frequently on Sirius Radio. A favorite of RooftopComedy.com, M has been featured prominently on the site including a turn as Comic of The Day. The New York based comedian tours clubs and colleges across the country and has made appearances at The Boston Comedy Festival, The New York Underground Comedy Festival, The North Carolina Comedy Arts Festival and many more. M recently acted opposite John Leguizamo in the feature film Fugly and her first book Dear Dad, It’s Over will be published by Wyatt-MacKenzie in May of 2012.

You can link to excerpts of the book: http://www.mydadsanasshole.blogspot.com