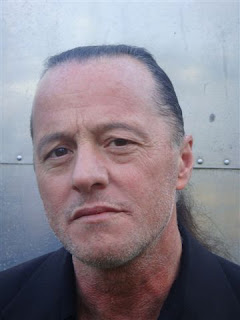 1. Which of your characters is your favorite?
Of all my characters, Howard Lovecraft and Spot are my favorites. They are adventurous, brave, sarcastic and funny. I love the dynamic between them. In many ways they fight like an old married couple.

3. Coffee, tea, or milk?
I am a diehard coffee drinker. I usually drink several double espressos a day.

4. What else can you do besides write?
I am a student of Shinkendo which is the martial arts study of Samurai sword fighting. There is something about the discipline of it that draws me to it. Besides, how cool is it to swing a sword around and sword fight!

9. Food you could eat everyday.
I honestly could eat sushi or sashimi every day. I love it. I am a total creature of habit with foods. I once ate hot dogs everyday for a month. Granted, not healthy, but I was younger then. I actually try to eat really healthy now, but I still eat in patterns.

12. Do you outline your stories or do they just take you along for the ride?
Honestly, you have to map out the story to fit it into the right amount of pages and panels in comics; that is an unavoidable part of comic writing. But, I will say that when the story just takes on a life of itself, it is the greatest feeling! When I wrote Howard Lovecraft & The Frozen Kingdom, it just flowed out of me and seemed so natural.

15. Do you still watch cartoons?
Absolutely! I am a huge fan of the show Phineas and Ferb. I honestly think it is the smartest all-ages show that has come out in a long time. I know many adults who watch it regularly. Plus as an all-ages creator/writer I think it is important to stay in touch with that “little kid” inside you.

Bruce Brown is a comic book writer from the land of Lincoln, Springfield, Illinois. His work has been featured in the Chicago Tribune and Rue Morgue magazine as well as countless other comic sites. He is the creator/writer of Howard Lovecraft & The Frozen Kingdom and his other works include Mwumba, Jack & The Zombie Box, Clay County, Howard Lovecraft & The Undersea Kingdom, Interagents and M-theory. 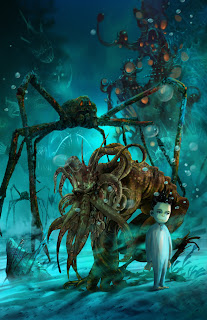 Howard Lovecraft's family has been imprisoned on a far-flung alien planet. Spot has been captured and is slowly becoming a mindless Fishman. Howard, accompanied by his insane father, a pistol-packing constable, and his hungry cat, must face the all-powerful ruler of the Outer Gods, a revengeful old enemy, an army of deadly monsters, and a lethal world called Yuggoth, to save the day.

All Howard has to do is surrender his father's Book. But that would mean certain doom for all of mankind!