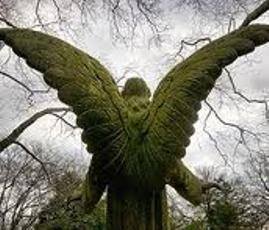 1. Which of your characters is your favorite?
When it comes to Until Next Time I really love Matt, the warrior. Whereas Emily is a bit on the serious side because she has to be, Matt has the ability to see the world, have fun and still keep the faith all at the same time. He questions situations and does get caught up in the ‘dark’ side of life and the human emotions like jealousy, envy, romance and anger - but his loyalty to his job and his partner never wavers. He has that ‘hope’ - I suppose you could call it - that keeps him running even when he feels destroyed; and he has that pure and utter strength that will keep him standing by the side of the one he loves without walking away from things when they get tough. Most of all he can keep his sense of humor which, to me, is THE most difficult thing for any human to do.

2. Tell me about your travels.
I grew up in the smallest town imaginable in Connecticut. I swear it felt like I was living in a closet most of the time. It was a beautiful landscape, but cars rusting and leaves falling were about the most exciting things you could come across. New York City was close, so I was able to travel there in my youth and fell head over heels for it. When I raced through Patience and Fortitude and climbed those stairs to the NYPL, I was home. In fact, I’m working on an adventure series titled, Tallent & Lowery, based on a woman who works there, because she’s the one I always wanted to be.

Leaving home, I was one of those ‘road warriors.’ I wanted to meet new people, see new places, and gather stories that I knew I would use someday. This country is so varied that it was absolutely exciting to head to Orlando, then Dallas, then Denver, then Roswell, New Mexico, and everywhere in between. I traveled every highway and back road, and one of the greatest times I had was walking into an American Legion hall. I know that sounds strange but I have to tell you, our elders fascinate me, and the stories they tell about how life “used to be” are so interesting. Even in Roswell there are those who were here during the big ‘alien landing,’ and they have the greatest stories about what it was like. Not to mention, the old cowboys I met decades ago who talked about having dinner with people like Belle Starr…so cool.

4. What else can you do besides write?
Sounds boring, but I read constantly. Having my own editorial business with The Write Companion, I get to work with a lot of debut authors which is very exciting, watching them begin their ‘flight into the unknown,’ so to speak. I also review for a great deal of publishing companies, magazines, websites, etc., so I’m reading all genres all the time. On top of that, the other series I spoke about involves a great deal of historical research, so I get a thrill out of finding locations, events, etc., and ‘fitting’ them together to create those books. I spend time with my daughter, who is now headed off to college and is seriously brilliant! And I spend time with my mom who is a career librarian so…we end up talking a lot about books LOL.

7. What is the toughest scene you ever wrote?
I get very close to my characters because, as far as I’m concerned, they’re alive…in my brain, at least. One of them that I had ‘known’ for a good, long time had to exit a storyline in order to make the ‘puzzle’ and ‘plot’ fit the path that I chose for the series. I knew it was coming, but when I got there it was almost as if I sat back for four or five days struggling to find another way for the character to exit. When I realized that I couldn’t, the writing of that scene was highly emotional. The scene also called for the character to ‘question’ things, get angry, and demand answers (that I wanted, too), but instead of receiving the answers, he received death.

11. What kind of music speaks to you?
This is a fun question because I am a fan of two styles of music that could NOT be farther apart on the spectrum. The first is 80’s rock-and-roll. I don’t want to call it ‘heavy metal,’ because I like the bands that you could actually understand what they were saying, like Bon Jovi, the Crue, people like that. The drums, the energy, the songs are almost rejuvenating; when you feel tired, they wake you right back up! The other is classical. I love all kinds, and I even think that Phantom of the Opera speaks to me on many levels. I love “Music of the Night.” When I’m writing a romance, that’s the song I listen to. The deep feelings mixed with the obsession and passion of the characters is unmatched to this day.

13. Celebrity crush.
Keifer Sutherland. I’ve loved him since The Lost Boys (no offense, but it’s still the BEST vampire movie ever made); and Jack Bauer was perfection. I mean, the man could do anything and save us all in twenty-four hours. It’s too bad that character isn’t real :) And the raspy voice? To die for!

Amy Lignor began her career at Grey House Publishing in northwest Connecticut where she was the Editor-in-Chief of numerous educational and business directories.

Now she is a published author of several works of fiction. The Billy the Kid historical The Heart of a Legend; the thriller, Mind Made; and the adventure novel, Tallent & Lowery 13.

She is also the owner of The Write Companion, a company that offers help and support to writers through a full range of editorial services from proofreading and copyediting to ghostwriting and research. As the daughter of a research librarian, she is also an active book reviewer.

Currently, she lives with her daughter, mother and a rambunctious German Shepherd named Reuben, in the beautiful state of New Mexico.

Find Amy online at these links: 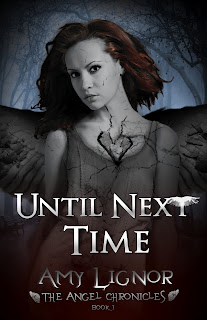 SUMMARY FOR Until Next Time: The Angel Chronicles, Book 1
How does a girl choose between the one who steals her heart and the one who owns her soul?

Matt and Emily were created for a specific job. Raised and trained as the ultimate angel/warrior team, they are sent down to save, defend, judge and forgive, depending on the 'life' they've been assigned. What they don't realize is that the power of human emotions, such as love, anger, passion and fear can take over even the best of souls, causing them to make mistakes and follow paths that lead to confusion and heartache.

When the reason for their training is finally revealed, the angel/warrior team find themselves thrust into a world they know nothing about. Matt takes over the life of Daniel, a young man with a great deal of baggage. Emily becomes Liz, a girl living in a remote village who relies on nothing more than her own strength to survive. A violent storm erupts one night, and framed in the window of Liz's establishment is a frightening face. Let in by the soul of a Good Samaritan, the two visitors bring with them a past full of secrets that could literally change an angel's path and a warrior's plans.

From murder to redemption, this angel/warrior team must find a way to keep the faith they have in each other in a world that's ripping them apart.

Buy Until Next Time at these links: