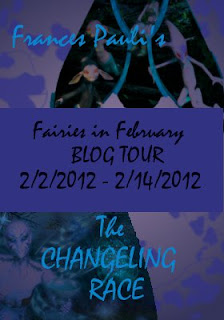 1. Which of your characters is your favorite?
I’d be hard pressed to pick one, in particular relating to The Changeling Race trilogy. The cast is way too dear to my heart as a whole. However, one character that I could easily put at the top of a long list of "favorites" is Old Mary. Honestly, I never intended for her to be much of a character. She had other ideas, and said so loudly enough to get my attention. She offered compelling evidence, a depth of character I’d missed at first glance, and I had no choice but to incorporate more of her into the series.

She begins as my protagonist’s landlady, the owner of an Irish pub that she’s come to detest for its representation of her past obsession with fairies and Fey lore. The little pixies have disappointed her. They’ve failed to live up to her fantasies, and now Mary is forced to work in the shadow of her own squashed dreams.

Now with that kind of a story, what could I do but help her out? The perfect answer presented itself when one of the delightfully independent fairies suffers a trauma. Those two, I thought, they need one another, and it turns out, they did.

3. Coffee, tea, or milk?
Coffee, and in large quantities. I enjoy herbal teas, but there is nothing like black coffee to keep me moving. I swore off milk after weaning. It seemed the natural thing to do. Seriously, why do we drink it? I can’t figure it out, but I’ve never much liked the stuff anyway.

4. What else can you do besides write?
My best friend is also a writer, and she was visiting the other day when one of us suggested that we try to do something non-writing related. Let’s try not writing, and not talking about writing, we said. We stared at one another for about five minutes before we decided to write.
Seriously though, I do try to have normal human interests. I parent. I homeschool my son, and I enjoy my children more than anything else. Other interests do earn some attention from time to time. I belly dance, paint, make wine and enjoy hobby mining and rock hounding.

11. What kind of music speaks to you?
I’m very eclectic. I like modern music, eighties music, and most rock and pop. I also adore classical, opera and new age music or “space music.” For writing I prefer opera or classical.

12. Do you outline your stories or do they just take you along for the ride?
Both. I used to really detest outlining. I claimed to be a devout "pantser" and acted accordingly. In truth, I did a great deal of planning and outlining in my head. A friend recently convinced me to try it on paper, and the results convinced me to adopt at least a measure of planning. I still cannot write chained to a plan, and I’m a big believer in following an impulse, but I generally know where the story is going and the major plot points. How I get there in between, however, is where I enjoy that element of surprise.

15. Do you still watch cartoons?
Yes, on two levels. I enjoy anime a great deal, anything from Studio Ghibli in particular, and I have a long list of animated movies and series that I love. On a less direct and yet more prevalent level, however, I have two small children. So Dora and Backyardigans and the rest of the Nick Jr. lineup are a major, daily part of my life. I can sing any theme song. Don’t tempt me. It’s a hazard of parenting. I hear them in my sleep.


Frances Pauli writes speculative fiction with romantic touches. Her books are published through Mundania Press LLC, Awe-Struck, and Devine Destinies, and her short stories are featured in various anthologies. More information on her worlds and writing can be found on her website and blog, and she offers free online stories, web serials, podcasts there as well.

Find Frances online at these links:


GIVEAWAY!!
Thank you so much for hosting a stop on the tour. I am offering a free pdf of any book from my backlist to one commenter today, and for each stop on the tour that you comment on, you will earn one entry into the final drawing for print copies of all three books. Follow along at http://francespauli.blogspot.com/2012/01/fairies-in-february-schedule.html and enter to win! 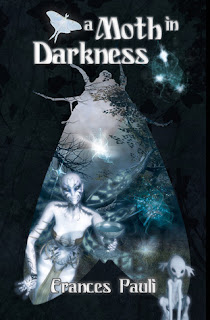 BLURB FOR A Moth in Darkness
The boundaries between the worlds have fallen. Forced to integrate the creatures of fantasy into real life, humanity struggles against its disillusionment, prejudice and an inevitable feeling of inadequacy.

Once an agent for the embassy that mediates between the worlds, Elizabeth Larson has abandoned her past and slipped into a world of nostalgic addiction to fairy revels, dancing, and the dark lure of her own memories. But when Lockland Sheen, her former partner and lover, goes missing, she is pulled reluctantly back into service. She must venture once more across the borders, into the land that haunts her, facing a string of gruesome murders, the imposing Sidhe rulers and her own addiction in the process.

While the Embassy’s agents attempt to soothe tensions between the races, Liz and her new partner search the fairy realm for Lockland. Fighting the constant temptation of the revels, they piece together the trail of an unknown enemy. But the longer they follow it, the more it appears that the man they came to rescue is more villain than victim. And the more they rely on Elizabeth’s ties to the fairies, the closer she inches toward the madness that lurks behind her fantasies.

Buy A Moth in the Darkness at http://www.mundania.com/book.php?title=A%20Moth%20in%20Darkness 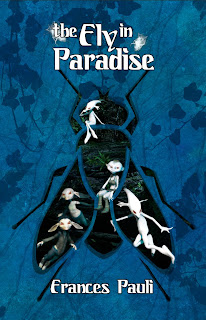 BLURB for The Fly in Paradise
Something’s rotten in the Fey lands. While Marcus Bramble tracks the lunatic who started it all, Elizabeth and the crew at the Embassy sort through the evidence he left behind. With Lockland back, and the revels behind her, Liz’s world is slowly returning to normal. But on both sides of the borders, shadow creatures spring out of nowhere, and the dark legends surrounding the fey take on a whole new meaning.

Now time is against them. On the mortal side of things, protesters rally to close the borders, politicians descend on the Embassy, and something that shouldn’t exist stalks Elizabeth through the city.

In his world, Marcus faces a madman with answers he doesn’t want to hear. The Fey rulers turn a blind eye on forests teeming with imaginary monsters, and the Sidhe tower stands silent amidst the chaos. Will the race to uncover its secrets solve the mystery of the elves’ past or unleash even more horrors on them all?

Buy The Fly in Paradise at http://www.mundania.com/book.php?title=The+Fly+in+Paradise 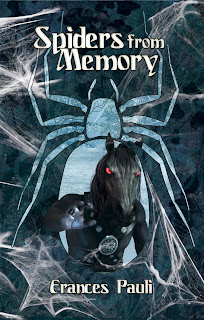 BLURB for Spiders From Memory
The Seelie court is gone, and the Tower has fallen into darker hands. Now nightmare creatures terrorize the Fey races, and the whole Fey world turns to frost and shadow.

Liz Larson holds the last remnant of the Seelie Sidhe's power. The elves look to her for guidance, but all she has to offer them is the disturbing story of their origin, the final truth that will turn many of them against her. With her dwindling number of allies, Liz needs to reopen the borders, to find the missing Marcus Bramble, and to avoid the sudden, terrifying attention of the new Fey ruler, the Unseelie Speaker and new master of the Sidhe Tower.

While her friends in Mundanity race to pry open the gates, and Marcus searches for the answer to a puzzle that could save or damn them all, the Unseelie Speaker marches north, bringing his army and his wrath to focus on Elizabeth. What can one, fairy-touched human do in the face of the Unseelie court's full fury? How can she fight when the enemy's anger is only partly blind, when she can see all too clearly the traces of justice behind it?

Buy Spiders from memory at http://www.mundania.com/book.php?title=Spiders+From+Memory