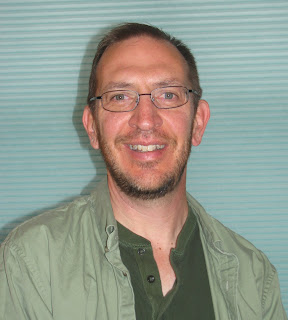 2. Tell me about your travels.
As a child, my family took a two week vacation every summer. My dad would rent a camper and off we’d go to the west coast. I’ve been to every state west of the Mississippi, but very few east of there. I didn’t really appreciate the trips as a child … probably just like my kids didn’t appreciate the trips I’ve taken them on over the years. All I wanted to do at the time was to be home with my friends. It was summer break and here we were traipsing all over the country! Sorry if I was too much of a pain, Mom and Dad.

As an adult, the most frequent place I’ve visited is California. Specifically, the area north of San Francisco. I love it there, and if I can figure out how to afford to live there someday I will.

As a child and young adult, I wasn’t very adventurous. I was happy to just stay around the town where I grew up … the occasional trip to a nearby lake and short trips like that, but nothing too interesting.

Now as an older (not old … just older) adult, I’ve finally found my sense of adventure. Who would have thought it would take 50 years to show up! But, it’s here and I hope to expand my travels. Let me answer this question 5 years from now and hopefully I’ll have a lot more to tell you.

3. Coffee, tea, or milk?
For me, it’s definitely milk … as long as it has chocolate in it.

I’ve tried coffee several times. In fact, my kids bought me a coffee maker a few years ago and I thought I’d give it a try again. But, coffee and I just never hit it off. I can be nervous and jittery all on my own.

5. Who are you reading right now?
Lately I’ve been reading a lot of Michael Connelly, which is completely out of character for me. I’ve never really been interested in courtroom drama type stories but I just can’t put these down. I’ve lost track of how many I’ve already read … I just hope there’s more in the pipeline.

I’m a very loyal reader. Once I find an author I like I usually read everything they’ve written.

About the only exception to this is Stephen King for 2 reasons: 1) He’s written so much 2) Some of it is way too scary/creepy for me. I like to sleep at night and some of his work definitely keeps me up looking for things under the bed.

10. Are you into sports or other physical activities?
Up until a few years ago my wife and I were too busy raising kids to really have much of a life outside of that. Now that the youngest is off to college and we are blessedly empty-nesters, we’ve found that we like to be outside and hike.

We recently bought a book that lists 60 hikes within 60 miles of where we live. Our goal is to make it through the book. We’ve also set a more short-term goal of hiking the trail at Tomales Point at the Point Reyes National Seashore in California. It’s a 9.5 mile hike and we’re currently in training. Our plan is to try it in January 2012, so we’ll know pretty soon whether the training paid off.

11. What kind of music speaks to you?
Any type of music performed well can reach me. There really is nothing more deeply moving than watching a live performance by a musician who really knows what they’re doing.

My first experience with this was in high school. I played violin in the orchestra and we gave a concert which featured our best musicians in solo pieces. One of my classmates (unfortunately I can’t remember his name) played Grieg’s Piano Concerto. About halfway through the piece, he was so into it that he literally threw the sheet music off the piano with a sweep of his hand and played the rest by memory. It still gives me goose bumps to this day.

The genre of music isn’t really that important. I can enjoy just about anything from classical to country to Broadway hits. In fact, I still think it’s very unfair that a musical about Beauty and a Beast should make a grown man cry.

12. Do you outline your stories or do they just take you along for the ride?
The answer depends on the type of story I’m writing.

For a short story, I’ve usually got it pretty well scripted in my head before I begin.

For a novel, I usually just start with a general idea and let it go from there. I thought I had my first novel, The Collective, all figured out from the start but it took a turn about halfway through that I hadn’t planned on and went it’s own way from there.

When I sat down to write Time Slice, I didn’t have any preconceived notions about how the story was going to go. I just had a seed of an idea, put the characters in place, and let them figure out where to go. It was much more fun this way … like figuring out a mystery as more and more pieces reveal themselves.


Kerry Downing set out to become a meteorologist, but was hooked by the world of computers instead, becoming a systems analyst and programmer. Astronomy and science fiction are his passions. He’s been gazing at the stars at all hours of the night since the age of 10, when he received his first telescope. As for science fiction, Arthur C. Clarke and his brand of “it really seems as if it could happen” has always been his favorite. In the 90s, Kerry found the third love of his life: his wife, Lucy. They live in St. Louis, Missouri, with their five children. Time Slice is Kerry’s second science-fiction novel. His self-published, debut work is The Collective.

Find Kerry online at these links: 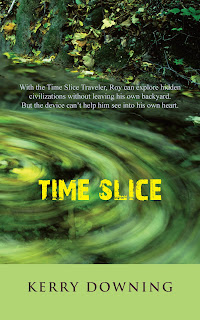 Newly retired workaholic Roy Washburn is not ready for a life of leisure. On a trip to the mall with his wife, he finds a small metal cylinder with odd markings. One nudge of the cylinder's triangle-shaped pointer and Roy finds himself embarking on an exciting new adventure in the Time Stream.

There he meets The Traveler, a tall, gangly being who shows Roy how to use the cylinder to visit other civilizations that co-exist on "his" Earth, each occupying a different, thin Time Slice. The Traveler solicits Roy's help in recovering an object invented by his murdered father and beyond his own reach. Roy is his last hope.

At first it seems that the Traveler's wish might be easily granted. But after Roy's wife Emily becomes ill and his daughter's long-held resentments rise to the surface, he can no longer "travel" at a moment's notice. He also discovers the very real physical and mental risks involved in roaming the Time Stream.

Despite the dangers, Roy is determined to help the Traveler. But he can't do it alone. Fortunately he has a loving wife and a core group of loyal friends. But first he must convince them--and his daughter--that he isn't crazy ...