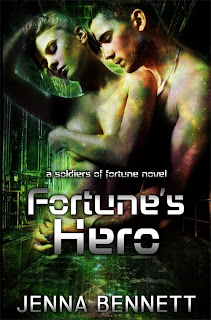 Last year, space smuggler Quinn Conlan was on top of the world. He had everything a man could want: a fast ship, a great crew, a gorgeous girlfriend, lots of money, and adventure and excitement around every corner.

That all changed when he agreed to ferry a shipload of weapons to the beleaguered planet Marica, currently under siege by Rhenian forces. Now he’s stuck in a prison camp on the moon Marica-3, subjected to weekly sessions with the camp’s “medical team,” and praying for a quick death before he breaks under the torture and spills everything he knows about the Marican resistance.

When the opportunity presents itself, Quinn takes a Rhenian med tech hostage and heads into the inhospitable interior of the small moon. There, he has to keep himself and Doctor Elsa Brandeis safe from the deadly flora and fauna, as well as hidden from the prison guards searching for them, all while formulating a plan for getting his crew out of prison, his ship out of impound, and everyone out of orbit.

But when Elsa professes her love, can Quinn take the beautiful doctor at her word, or will trusting her—and his heart—condemn him and his crew to an eternity on Marica-3?