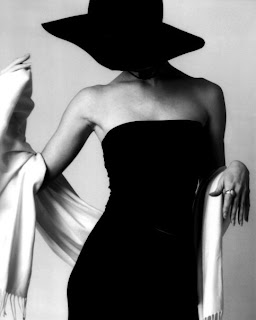 1. Which of your characters is your favorite?
My favorite character is Madison because she’s just SO BAD. To help me get familiar with her character, I painted my fingernails black and danced around in stilettos to Beyonce songs for quite some time.

I also enjoy the way that Madison sees everything in such a negative and raunchy light. She can take the most lovely idea and twist it into something perverse. It’s almost a talent. Watching her attempted transformation from bull frog to flower is as funny for the writer as it is for the reader. I never know what she’ll get into next.

2. Tell me about your travels.
I stayed in Quito, Ecuador for two weeks with my best friend who was studying Spanish. We took a cruise to the Galapagos and also visited an Incan Indian village. I also took a solo journey throughout Costa Rica that involved horseback riding and zip-lining through the jungle.

My last major vacation was in and around the area of Nuremburg, Germany. I bicycled throughout the German villages during the beautiful bloom of Spring, and I must say that it was breathtaking. In addition, I’ve been to New York several times to see plays, and I’ve also been skiing in Keystone Colorado. My greatest vacation, though, was when my mother took me across the United States in a Winnebago RV from 1975. It broke down a lot, especially in Kansas.

7. What is the toughest scene you ever wrote?
The most challenging thing for me was writing the sex scenes. I want them to be filthy enough to represent my character’s carnal nature, but at the same time, they really make me blush. I often look back over my shoulder to make sure no one’s watching.

8. Where do you find your inspirations to write?
I always knew deep down inside, that I had a book in there. Writing a book, for me, was like being pregnant. I lived in misery with the pain of holding something in that I couldn’t get out. I would sit down to write, and to my dismay, nothing would come out but a poem or a journal entry. This was very frustrating, because I knew there was a story in there, but I would just have to wait.

Finally, beginning Oct. 1, 2008, I read the Bible from cover to cover and did a fair amount of research on it. This was my ultimate inspiration.

I was fascinated, mostly by the prophets in the Old Testament. They accused the nation of Judah/Israel of being worse than a whore, because she chased after her lovers. Lovers, in this sense, represented idol worship, child sacrifice, worshipping Baal, etc.

For me, this inspired the idea of a modern day woman, who would be worse than a whore, because she was promiscuous and sought after companionship of the darkest nature. This character would invoke the same disdain and gut wrenching emotion that I felt as I read about a harlot nation who defied God on every level. She would be symbolic on so many levels. She would represent the fall of humanity, the nation of Israel, and ultimately she would represent the sin that every individual keeps hidden in the closet.

She was to be an airing of dirty laundry that would resonate within the hearts of all, and convey the message of humanity’s great need for redemption. Even in the smallest details of Madison’s story, such as the slut signage, you can find this theme.

13. Celebrity crush.
The Rock. Every time I watch his movies, I feel as if he is looking directly at me with those handsome dark eyes. Second only to my husband, who is absolutely the world’s FINEST man (did you hear that honey?), the Rock trails in at a distant second. 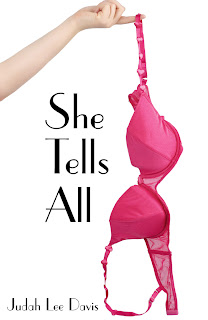 After graduating in Journalism in 2001, Judah Lee Davis has furthered her career as a corporate writer for the past decade. As a result of her training in media, her non-traditional writing style is simple, easy-to-read, and accessible to all readers.

Her debut novel, She Tells All, is written from the hilarious collage of ideas that could only come from living in a small town. From strong Pentecostal undertones to vulgarity of the crudest nature, Davis contrasts the war between good and evil as she chronicles the struggles of a promiscuous girl looking for love, (or something similar) in a sleepy southern town.

Alexandria Vail, reviewer at ChickLitClub.com says,"This kept me laughing and some points on the verge of tears. It's a book with a life lesson, and a lot of humor with a little vulgarity -- in a good way."

S. Reisner, "Author of the Sorcerers' Twilight said, "There were times I was howling with laughter (as in couldn't stop laughing) - it really was that funny. There were also touching moments."

While Davis is hoping to make waves in the world of fiction with her sassy debut novel, she currently enjoys lavishing her two kittens with an unreasonable amount of affection, spending time with her family, and keeping up with her day job.

Find Judah online at these links:

Buy She Tells All at these links: