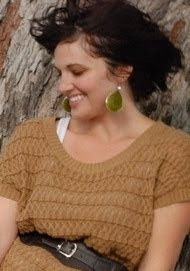 3. Coffee, tea, or milk?
Mmmmmm . . . coffee for me! I can (and sometimes do) replace entire meals with coffee. To allay any guilt from this bad habit, I try to drink equal amounts of water as well. That counts for something, right? I know caffeine wakes you up, but drinking coffee is so cathartic and relaxing for me.

5. Who are you reading right now?
I'm reading The God King by James A. West and Divergent by Veronica Roth. Fantasy & Dystopian YA :-) I have pretty varied taste. I like to jump around from genre to genre so I don't get burned out on one in particular.

8. Where do you find your inspirations to write?
I find inspiration in a ton of places. I used to tell my hubby, who also loves to write, that I just wasn't creative enough to come up with story ideas. Once I started letting myself be creative, the ideas became endless. My inspiration for my current novel (which is still in the works) came as I was guzzling a root beer while driving home one day. It created an image in my head, which ended up being a great scene between my two main characters. The whole story took off from there. Before you get too worried, the scene has nothing to do with guzzling or root beer, but the mind makes strange connections for us sometimes!

10. Are you into sports or other physical activities?
I love going to the gym. Running in particular. Yes, running outside is better and all that, but it just doesn't work with my schedule. I have to go late at night when the kids are in bed, and I'm not going out for a run alone in the dark! Working out generally makes me feel happier than when I'm not doing anything physical. I actually really enjoy it. Although, sometimes I want to run screaming from the building if my iPod runs out of batteries as soon as I turn it on. Music motivates me to get my buns moving, and I feel lost without it!

12. Do you outline your stories or do they just take you along for the ride?
I do start with an outline in mind. I'll write out some of the main scenes or plot points on notecards and place them in the order of occurrence. I've noticed that sometimes the story twists away from what I have planned out, and that's all part of the fun. I've even had some discarded scenes develop into an idea for an entirely new story :-)

13. Celebrity crush.
Norman Reedus from The Walking Dead! I have gotten so much flak for this one, but it's true. You can't just say he's a redneck (on the show) and call it a day. If you've watched the show up until this point, you might understand. I love his type of character . . . tough shell, gooey middle. Plus, he's just a bonafide hottie, in my book!

Jackie Miller lives in the Dallas, Texas area with her husband and three young kids. She is currently working on her first novel, which is cas of yet untitled. It's a Young Adult zombie-esque novel, and she is overflowing with excitement to be working on it. She has a somewhat unhealthy obsession with zombies, and found herself wondering under what circumstances there could be a 'zombie' book with romance. She can't wait to share her story with the world once it is in perfect working order. When not writing or raising children, she spends her time reading and keeping up with her blog. She also thinks she is terrible at writing Bios, so please forgive her.

Find Jackie online at these links: