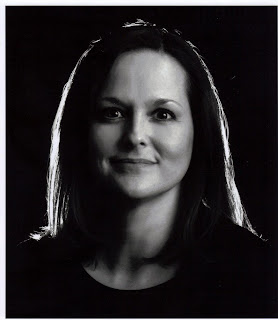 2. Tell me about your travels.
Oh, I love traveling! In my previous line of work, I traveled ALOT doing workshops around the country for banking and lending institutions. Many times I either went to a venue early or stayed extra days to do some sight-seeing and take in the local fare. One of the banks I worked for was anchored out on the East Coast, and I loved going into New York City to walk around Central Park, Greenwich Village, etc. I have some absolutely fantastic pictures from those years. However, my absolute favorite place is Alaska - specifically Seward, Alaska. My second trip out there I took my son and mother and had a bunch of excursions planned for them throughout the day while I worked and then we spent our last days down in Seward doing the whale-watching tours of the Kenai Fjords, dog-sled rides, the Sea Life Center, etc. I would live there in a heartbeat!

3. Coffee, tea, or milk?
Does it count if I put milk IN my coffee? :-) Actually I drink all three at various times and situations, but I'd probably have to say coffee. I'm not human in the mornings until I've had at least two cups (milk and sugar please). If someone ever came up with a way to provide its benefits intravenously, then I'd sign up for it. That way I'd be pleasant the moment I stepped out of bed.

7. What is the toughest scene you ever wrote?
That would have to be a couple of very difficult sex scenes in "Running into the Darkness". When I first approached those scenes, I kinda skittered around them and just alluded to the probability. Then I realized it didn't have the impact it really needed, but that meant I'd have to relive some very difficult circumstances in my own life - but this time from the perpetrator's POV. Getting into a pervert's psyche was very difficult.

8. Where do you find your inspirations to write?
Believe it or not, a good portion of my work comes from real life - either certain things I've personally experienced (though translated into a fictionalized setting and characters) or that I've observed or others have spoken about to me. In many ways, life itself can be stranger and more traumatic than anything imagined. Then other inspirations come through some of my dreams, which can be quite vivid. I keep notebooks in my purse, on my nightstand, in my family room, etc. just for such moments of inspiration.

11. What kind of music speaks to you?
ALL kinds! When I write, I enjoy listening to soundtracks from various movies. There are specific composers I'll buy, even if I've never even seen the applicable movie. The music takes my mind much deeper into the scene I may be writing until I don't even hear the music anymore because I'm right in the thick of a back alley, a tense scene, whatever it conjures up in my mind. Case in point, last Sunday I was in my car listening to the soundtrack from Tron Legacy by Daft Punk, and a piece I've listened to several times began. The haunting strains of the cello immediately took me to a scene I'd never thought of before for my sequel, "Piercing the Darkness". The whole thing rose up like a movie scene in my mind's eye and got me so excited to get back to work on it.

12. Do you outline your stories or do they just take you along for the ride?
I know, I know - everything I read seems to speak of outlining as the holy grail, but it doesn't work for me because it really ties up my inspiration and makes my writing become more rigid. My characters sometimes have other ideas. I generally have an overarching plan and some notes of what is going to happen in my novels, where I want to start and finish, but for the most part I let my story ebb and flow as the characters allow. In "Running into the Darkness", there is a principle character I intended to keep throughout the entire storyline. However, one day he came before me, laid down his weapon and told me, "Fair lady, it is best for this individual that I lay down my life." Okay, that's really cheesy, but in a way that's what it felt like to me. I fought losing him from the storyline, but in the end it was the only thing that truly seemed plausible. By changing my mind and killing off this character, I've had to also rethink how to manage another scene later on, but I think I've got it worked out now.

Since her earliest remembrances, Ms. Bale has used the written word to communicate images and feelings, to entertain and inspire. In her youth, she won numerous writing awards and spent countless hours entertaining family and friends with stories and plays she’d written using her parents old typewriter. Then life happened.

Through a series of personal tragedies, she once again picked up writing as a means of catharsis. This led to the introduction of a very special writers group with whom she continues to this day.

With the Midwest as an excellent origin for reaching either U.S. coast in a matter of hours, Bale has taken advantage of her centralized location. As a one-time government relations liaison, she’d been in demand along both western and eastern corridors, specifically taking in the New York and D.C. scenes.

Politics aside, her favorite haunt is the State of Alaska, with cold weather and snow and the uncommonly common Husky. Her love of weather plays into most of her writing and helps to set various scenes.

Though fantasy and the classics are her favorites for reading pleasure, Bale is comfortable writing in many genres. She believes wholeheartedly that good character development is just as important as spinning a solid storyline. Therefore, even the fast-paced thriller reader deserves to know what makes a character tick. Tragedy and foibles of the human condition are common among her characters to give them a deeper semblance of reality.

Ms. Bale currently has several novels in various genres and stages of completion with one thriller currently available, Running into the Darkness, a finalist in the KWA Scene of the Crime contest. She continues to make her home in the Midwest. 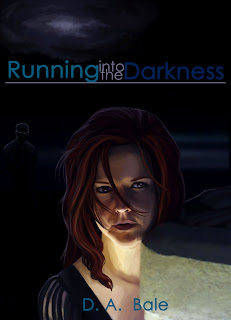 SYNOPSIS for Riding into the Darkness:
Death follows Dr. Samantha Bartlett throughout her life until it claims everyone close to her. There's one powerful man responsible on whom Samantha sets her sights for revenge. The price is her soul. For centuries, sex has been the weapon of men...now it's her turn.

“I never intended to kill the President. As a doctor, I swore an oath to protect life – not take it. But that was before I met him.”

Second year resident, Dr. Samantha Bartlett, is swept from the frigid New York winter to once again confront the sting of death back home – and face those she left behind. But she’s not alone. A strange man she dubs Shades haunts her every step as she seeks answers to the inferno which claimed her grandmother, an eerie reminder of her parents’ deaths. The secrets Samantha uncovers forever changes her image of those she only thought she knew.

Confronted by Shades, Samantha joins a secret underworld known only as the Elite, where a web of power and control is woven deep within governments worldwide. Their sights are set on the power structure of the United States, and Samantha becomes the unlikely key to infiltrating the White House at its most intimate levels.

The quest for blood threatens to destroy Samantha. From the darkness there is no escape.

Available as an eBook on Amazon, Barnes and Noble, Apple, Sony, and Smashwords. Buy Riding into the Darkness at these links: